Justin Bieber is reportedly facing backlash from Floyd Mayweather for taking steps to "reset boundaries" and focus on his relationship with Christ.

TMZ reports Mayweather is angry at the pop star after Bieber unfollowed him on Instagram.

Sources allegedly told TMZ that Bieber chose to distance himself from Mayweather on social media to avoid the constant stream of lewd images on Mayweather's Instagram page.

'God Is Good in the Midst of Evil!' Justin Bieber Ministers at Manchester Concert
Bieber is reportedly being discipled by Hillsong Church leaders and is taking the Biblical truth that "bad company corrupts good morals" seriously (1 Corinthians 15:33). TMZ reported Bieber didn't single out Floyd in this category alone but wanted to create the distance due to Floyd's reported obsession with strip clubs.

Bieber has been more vocal about his relationship with Christ in recent years.

In a tell-all interview with Complex Magazine in 2015, Bieber shared that Jesus was his salvation in the midst of trouble and he wants to live like Jesus.

"He created a pretty awesome template of how to love people and how to be gracious and kind. If you believe it, He died for our sins," Bieber said."We have the greatest healer of all and His name is Jesus Christ. And He really heals."

He shared that message of healing with residents of Manchester at a charity concert following the horrific terror attack that took place earlier this year. 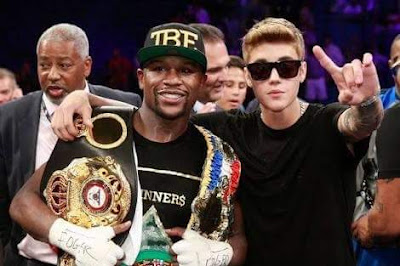