EZE AKIRI, the wandering boy, who was rescued by the operatives of Rapid Response Squad in Ojodu - Berger hours after being abandoned by a friend who lured him to Lagos, has been 're - United
with his parents at the RRS Headquarter, Alausa, Ikeja.

AKIRI spent two nights in the custody of RRS Officers before he was linked to his parents.

Although his biological parents couldn't make it down to Lagos from Delta State, they sent a relative, Akiri James, who live in Lagos.

The boy was handed over to him this afternoon at 2:43 p.m after multiple confirmation from the parents.

We thank members of the public for their invaluable assistance. 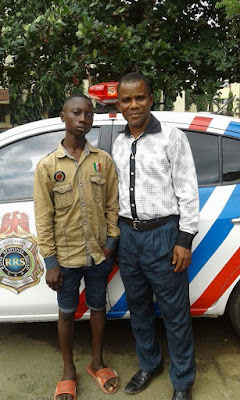 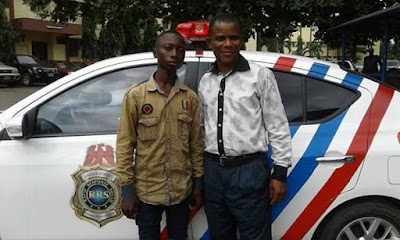