The Cross River State Police Command has reportedly arrested a Pastor whose church is located along Okon Edak off Atamunu street, while his church was destroyed by an angry mob after being linked to money ritual activities.

Facebook users who claim the incident happened in Calabar, further alleged that the baby was kidnapped Thursday morning and sold to the pastor, who in turn murdered the baby boy for rituals. Calabar News reports;

“The Police arrested and interrogated the guy this morning over the missing baby boy and the guy led them to the pastor he sold him to. The pastor got arrested in connection with the allegations and was taken to his church where fresh blood was found spilt around, along with things of different sort; including photographs of men and women, women’s lingerie and other under-wears as well as other devilish things”.
Facebook user Antee May who shared the photos, wrote:

“Somewhere in Calabar South
Ritual pastor who kidnapped a baby this morning Busted.”
Prince Daniel Eden,  who also wrote on the incident;
“Pastors and rituals at okon edak….street calabar south…
#official….my fwends baby was kidddddnapped ealier 2day at around 3am…according to source, one of victim caught in d act said they were sent by the pastor of ROYAL GODS’ GOSPLE MINISTRIES  situated at okon edak street off palm street extension 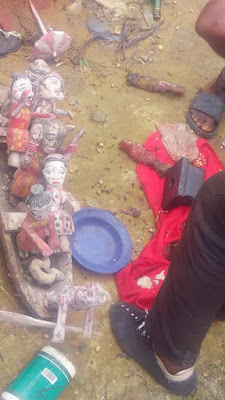 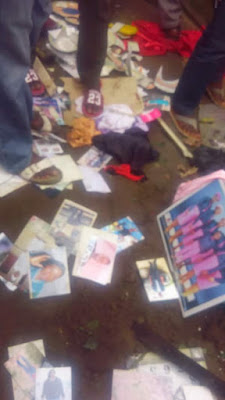 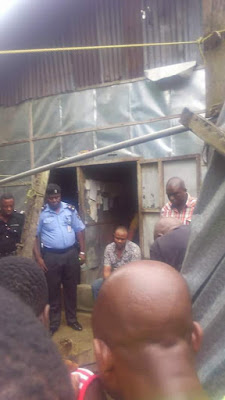 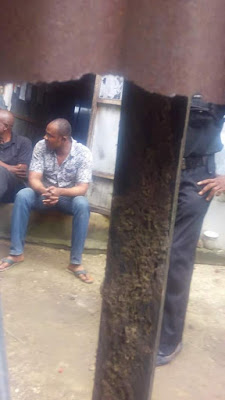 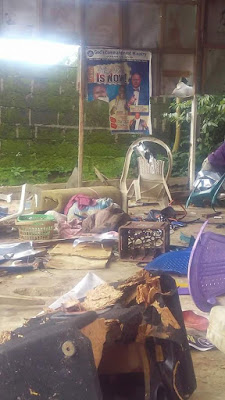 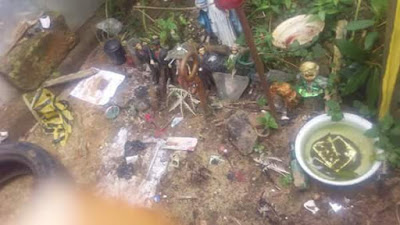 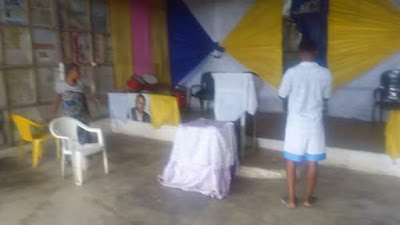 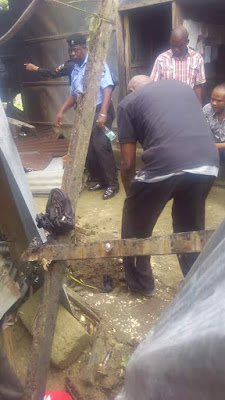 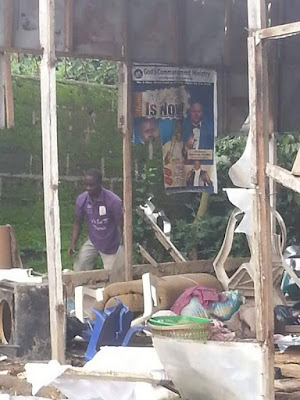 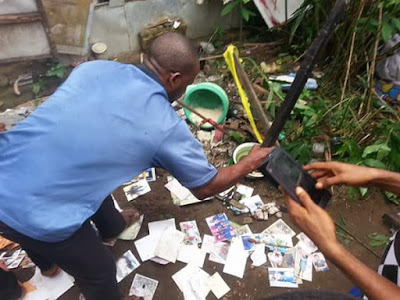 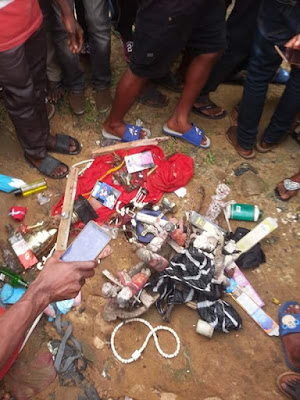 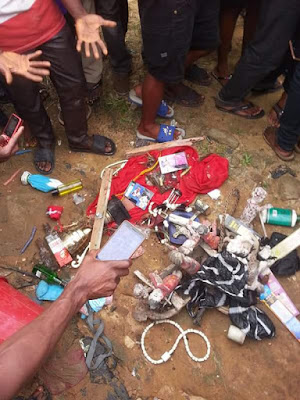 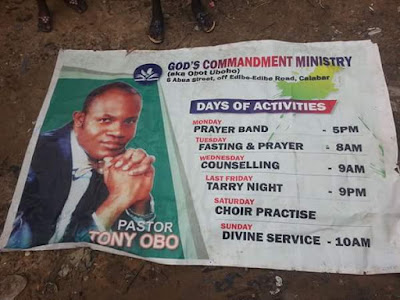