US Lawyers File Suit Against Buratai, Obiano For Extra-Judicial Killing Of Igbos

Lawyer from United States law firm, Fein & DelValle PLLC, have filed a suit against Major-General TY Buratai, the Chief of Army Staff; Mr. Willie Obiano, governor of Anambra State; Mr. Okezie Ikpeazu, Abia State governor and 13 others in the US District Court for the District of Columbia.

The suit is a sequel to a trip the lawyers undertook to Enugu between 19 and 24 August, during which they said they were able to gather facts and conduct research to advance the Torture Victims Protection Act (TVPA) lawsuit filed before the US District Court on behalf of 10 anonymous plaintiffs. The suit is against 16 individuals alleged to have had a hand in extra-judicial killings and torture of Igbo people, Christians, and those with critical political viewpoints.

The lawyers stated that they are convinced that Nigeria is the most dangerous country in the world for Christians. According to them the sanctity of churches in Nigeria is routinely defiled through the killing of children, whose corpses are hidden between pews.

This, in addition to the country's membership of the Organization of Islamic Countries (OIC), and the adoption of the Sharia code by 12 Northern states, they noted, constitutes a violation of Nigeria’s secular constitution.

They stated that the Christian Open Door Report of 2015 found that Boko Haram killed 11,000 Christians, destroyed 13,000 churches and 1,500 Christian schools, as well as internally displaced 2.6 million people, among who were 1.3 million Christians.

They equally recalled that on 11 July, a coalition of Northern groups ordered 11 million Igbo people residing in North to relocate to their home states by 1 October, something the lawyers alleged was endorsed by the Federal Government and state governments in the North.

"The Government of Nigeria and 19 Northern states have tacitly endorsed the threatened genocide of twice the number exterminated by the Nazis in the Holocaust," the lawyers alleged.

They noted that the federal and state governments in northern Nigeria refused to arrest those behind the chilling threat against the Igbo.

In the suit against the Chief of Army Staff and others, the lawyers said the US District Court issued an order granting the plaintiffs' motion to proceed anonymously because they reasonably feared lethal retaliation against themselves or families if their identities were revealed.

They argued that actions of the defendants in the suit amounted to crimes against humanity, which could be prosecuted in any jurisdiction in the world.
"Indeed, the Convention Against Torture mandates that signatory nations like the United States and Nigeria prosecute the crimes of torture or extrajudicial killings," the lawyers stated.

A total of 14 of the 16 individual defendants is Federal Government officials, while the other two are Messrs. Obiano and Ikpeazu, both governors of Anambra and Abia states. The Anambra State governor, they noted, has apologized for the killing of the plaintiffs perpetrated under his watch.

The defendants, the lawyers said, are yet to respond after 21 days of the service of the summons and complaint. They added that their chances of successful prosecution of the suit are bright.

"We are optimistic about our chances of victory at trial or earlier," they said.

The defendants are represented by a California-based Nigerian law firm, which said it has been contacted by the Federal Government but not by individual defendants. 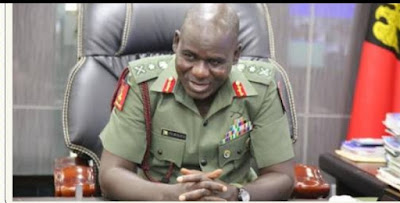