Your Demands Should Not Be Absolute,Southeast Governors Tell Nnamdi Kanu In Enugu(Photos)

The meeting,  according to the Chairman of the South East Governors' Forum, Gov. David Umahi, who briefed journalists alongside Gov. Ifeanyi Ugwuanyi of Enugu State and Deputy Governor of Anambra State,  Dr. Nkem Okeke, "deliberated on the demands of IPOB and noted their concerns accordingly".

"However,  the meeting agreed that these demands by IPOB should not be absolute, rather the South East Governors shall immediately engage the leader of IPOB,  Prince Nnamdi Kanu and the entire leadership of IPOB to further meetings and dialogue with a view to quickening the resolutions of all issues amicably", the governor said.

Gov. Umahi noted that the Governors of Abia and Imo States travelled out of the country. 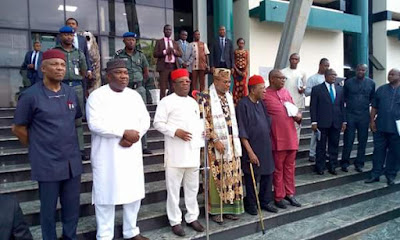 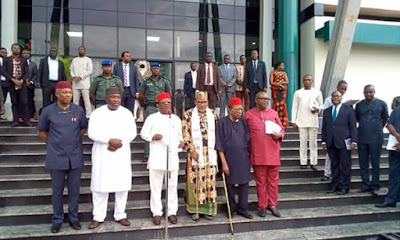 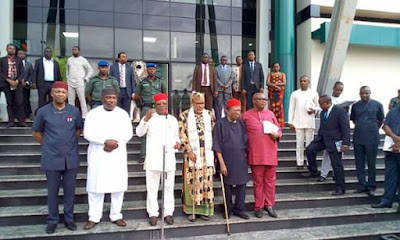 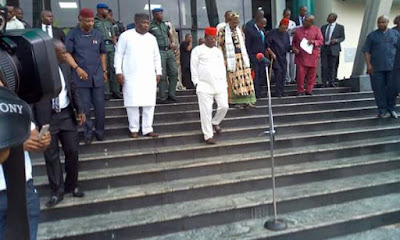 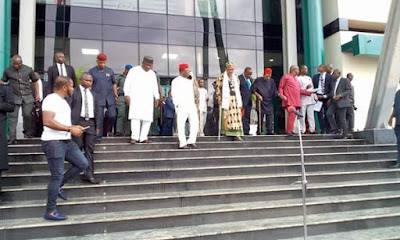 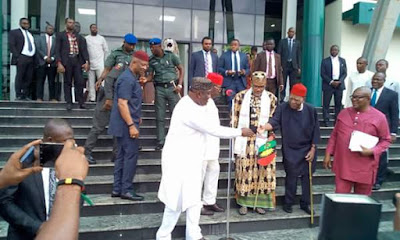 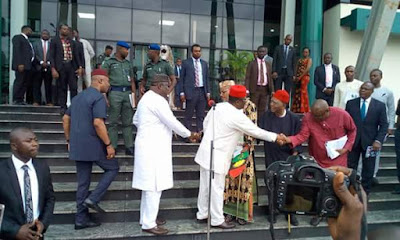 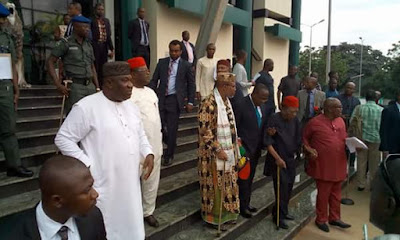 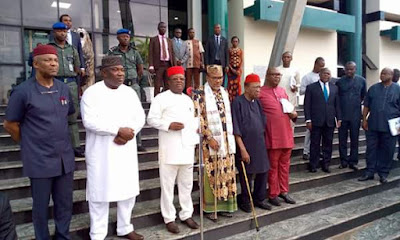 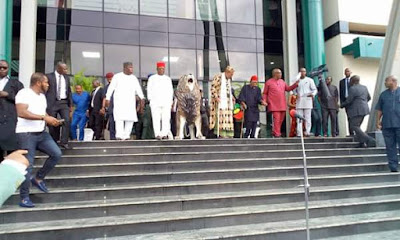 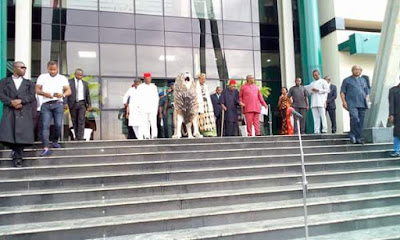 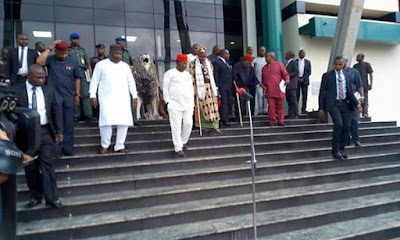 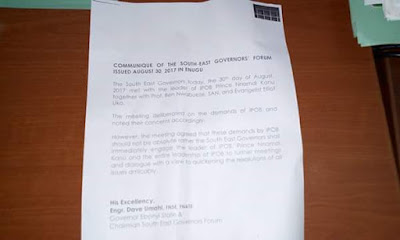