35 year old Aondofa Akure who hails from Tsar-Mbaduku in Vandeikya was until before his retirement because of his condition, a staff of Jos Electricity Distribution (JED) Company in Gboko where he lived with his beautiful wife, Mrs. Judith Akure, with whom they raised four beautiful kids. What started as a mere scratch on the eye now has deteriorated into ravaging of the  face almost to the nose and to the ear on the left side of his face.

According to his wife, Mrs. Judith,the problem started in 2015 with constant scratching of the eye.They approached the General Hospital Gboko where the eye was medically scratched with high hopes that the condition was solved, only for it to return in a critical way that was speedy and ravaged her husband's face.

His is almost defaced and if  emergency support doesn't show up, Mr. Aondofa Akure is gone.Anybody who wants to help out should use the details below.. 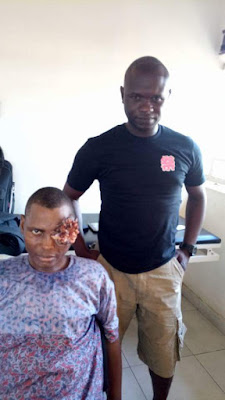 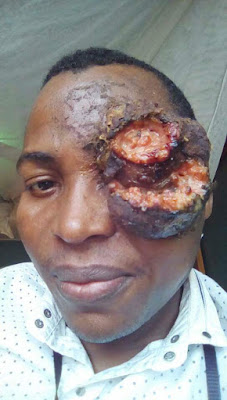 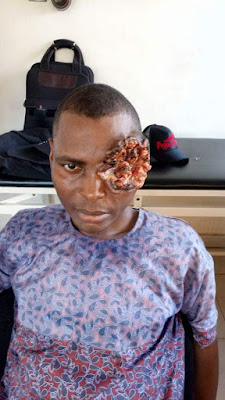