Governors of Lagos State, Akinwumi Ambode; Edo, Godwin Obaseki; Akwa Ibom, Udom Emmanuel; Bayelsa, Seriake Dickson, and Ekiti, Ayo Fayose, have drummed support for the womenfolk, saying they (women) need to be supported to continue to contribute their quota to the process of nation building and development.

The five governors spoke at the 17th edition of the national women conference, declared open on Tuesday by Dolapo Osinbajo, wife of Nigeria’s Vice President, in Lagos.

The conference is organised annually by Committee of Wives of Lagos State Officials (COWLSO) and currently chaired by Bolanle Ambode, wife of the Lagos State governor. The theme for this year’s conference is ‘She Creates, She Transforms.’

The governors, who commended the contributions of women to the society, stated that “their role in nation building cannot be overemphasised.”

Governor Ambode in his goodwill message saluted the resilience of women in their different spheres, noting that women were naturally gifted with skills and talents that make positive difference and impact generations.

“Our women are constantly creative; making something out of nothing. Creativity has become very essential to succeed in today’s world because we face new challenges everyday – at home and at work. As the woman creates and transforms, she positively impacts the family, the workplace and the nation,” Ambode said.

Speaking also, Udom Emmanuel commended the COWLSO for sustained efforts in the last 17 years. He emphasised the need to encourage women to stay focus on their contributions to development at all times.

Governor Dickson of Bayelsa State said the role of women in transforming life could not be under estimated, saying that it was imperative for women to always be appreciated and celebrated.

Governor Fayose said it was important for women to be given opportunity to be in the drivers’ seat in the country.

Wife of the Lagos State governor, Bolanle Ambode, in her welcome address, called for a united effort against female genital mutilation, saying that the campaign must start from the home front, churches, mosques, offices and the communities. 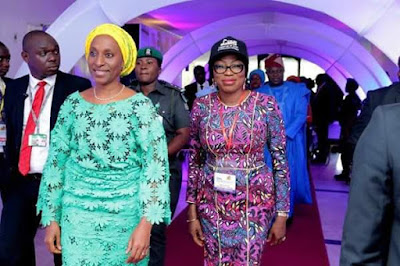 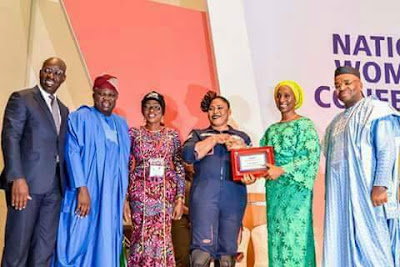 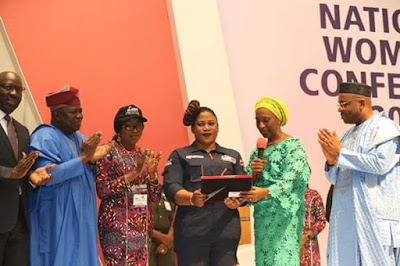 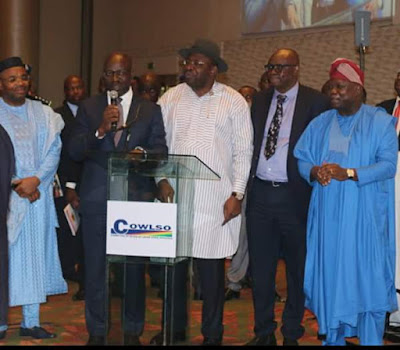 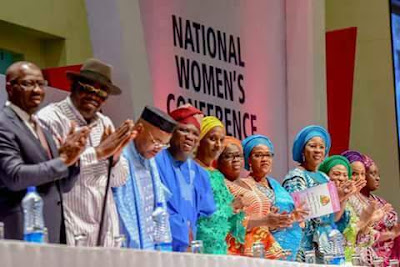 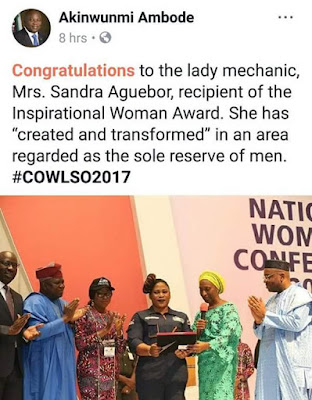