APGA Thugs At It Again.

APGA thugs who are on rampage since the heat of this electioneering campaign has again shot an APC member at Ayamelum where APC holds their Local Government rally today.

The name of the victim is Sunday Anigbogu. The APGA thugs were believed to have come from the incumbent Governors village which is very close to the rally ground at Anaku in Ayamelum.

The man on this picture is one of the suspect held on the scene of the attack by the security agency, his name is Ik Okelo, a relative of APGA transition Chairman. 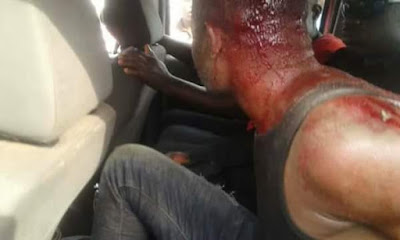 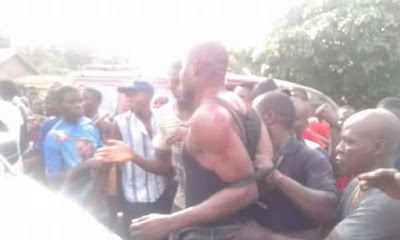 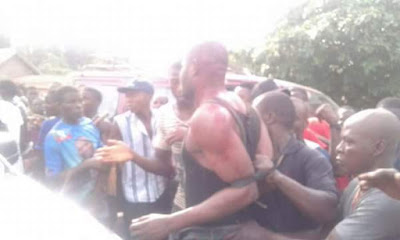 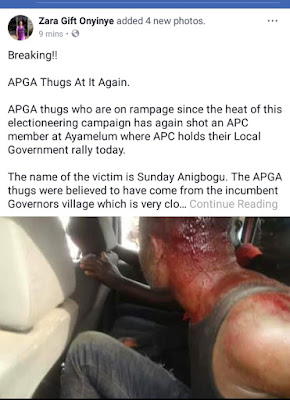 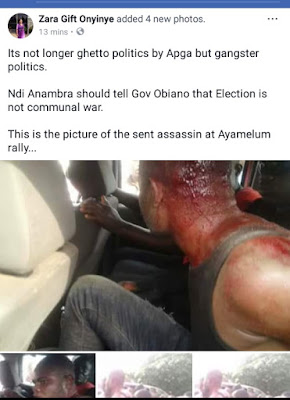 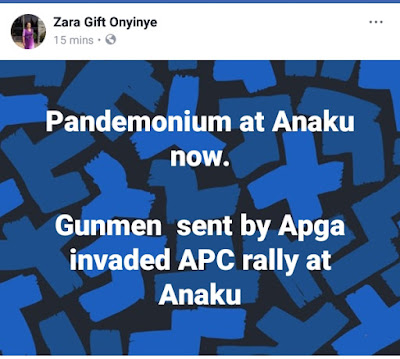