Senator George Weah, the footballing legend and leading presidential candidate in the nation of Liberia is in attendance at The SCOAN Sunday Service to seek God’s face concerning his nation. During the service, Prophet T.B. Joshua addressed him: “My brother is here because he loves his country and wants to know God’s choice for his country. He wants to hear God’s opinion about his country. He is not here to impose himself. What does God say about his country, Liberia?”

Speaking further, Prophet T.B. Joshua said, “Without corresponding power, we cannot pray to God. We cannot pray against God’s will. God’s choice is our choice. If I am a true man of God, I must hear from God. Every step we take, every movement and action – intimation comes first. There must be a suggestion from the Spirit to move before we move".

Contrary to the perception that Weah has won the election,the National Elections Commission (NEC) of Liberia declared political campaigns open for the November 7 run-off presidential election.

In a statement on its website, NEC confirmed that the run-off would be between football icon, George Weah, and the country’s incumbent Vice President, Joseph Boakai.

“The Coalition for Democratic Change (CDC) and the Unity Party (UP) will contest the Nov. 7 presidential run-off election because the two parties obtained the highest number of votes cast on Oct.10,” it said.

Final results of the first round showed that Weah of CDC finished with 596,037 votes, representing 38.4 per cent of the total valid votes cast. 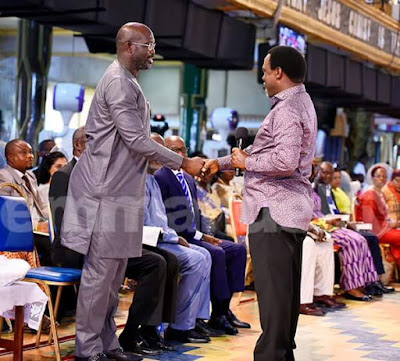 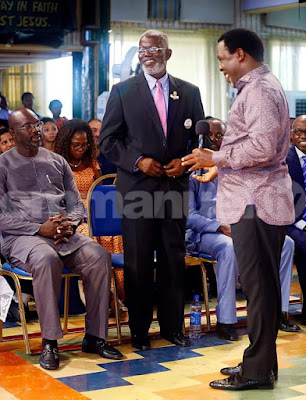 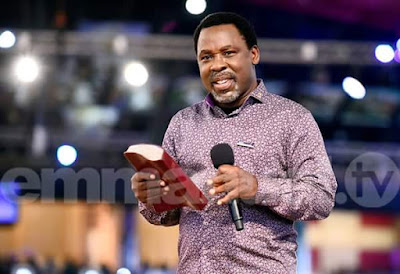 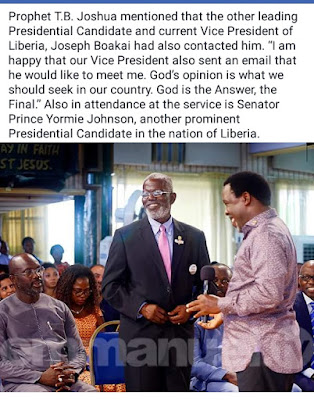