Thief in the House of God

The House of God is one of the unlikely places you expect to find a thief but today, it is this unlikely place that thieves visit to steal from people who have come to seek God’s divine favour.

High on the target of these thieves are the visitors’ phones, bags and other valuables.

Today, one Wale David, 24, was arrested for stealing the phone of another church member in a popular camp in Ogun State.

David wasn't just a church member; he was also engaged by the church to help clean up its premises after a special church service.

According to him, while cleaning up, he saw a bag, picked the phone inside, an i-tel android. Same day, he sold the phone to a friend.

Few days later, RRS Police detectives traced the phone to his friend, who in turn assisted the police in his arrest this morning. 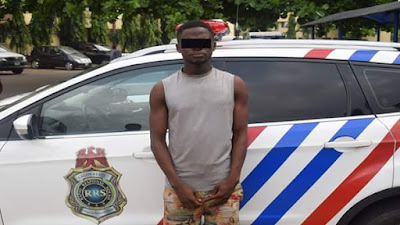