A road hawker was this evening hit by a Lagos colour LT Bus thus throwing the hawker, whose name was yet to be identified from the top of the Apongbon Bridge inward Eko bridge off the bridge.

Apart from a broken limb, the extent of his injury couldn't be ascertained immediately but RRS officers who were at the scene of the incident before inviting emergency service providers requested the young man believed to be in his 20s to lay on the floor for LRU officials to arrive the scene.

While the RRS men guided the boy, LRU officials arrived the scene and promptly stretched out the man to hospital.

The bus driver has been arrested and the case is to be handed over to the closest police station in the area. 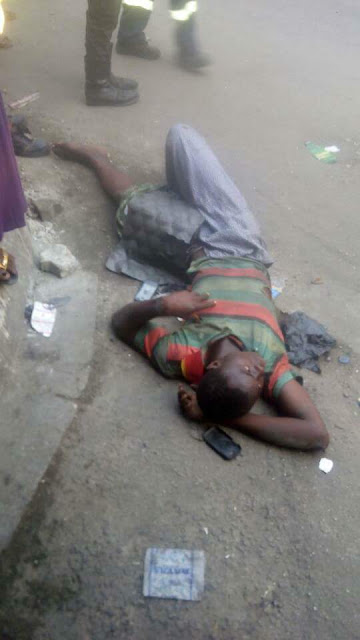 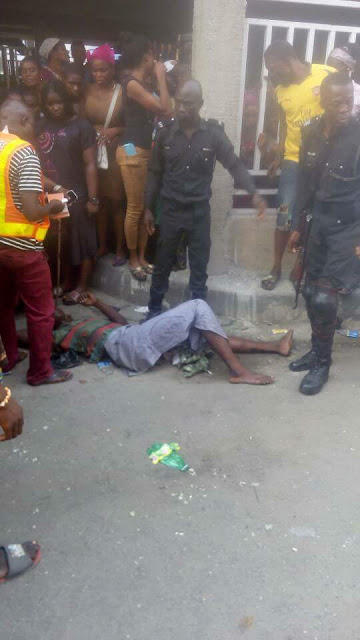 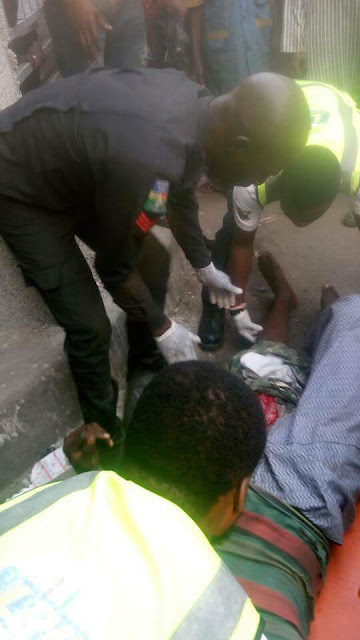 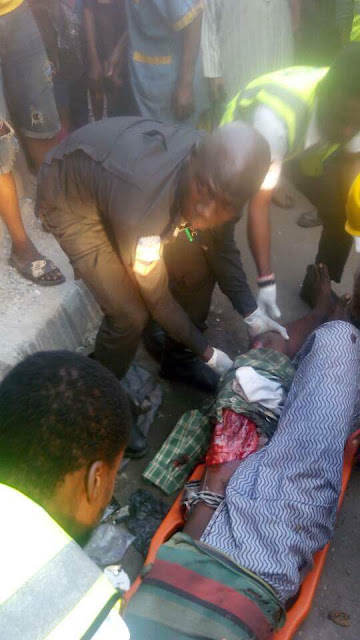 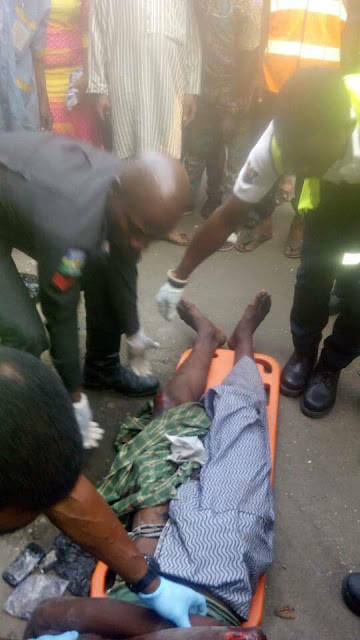 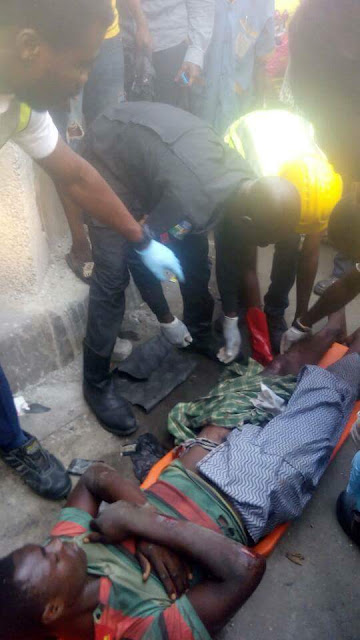 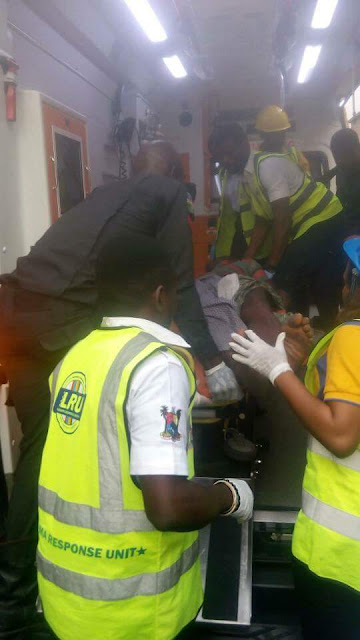 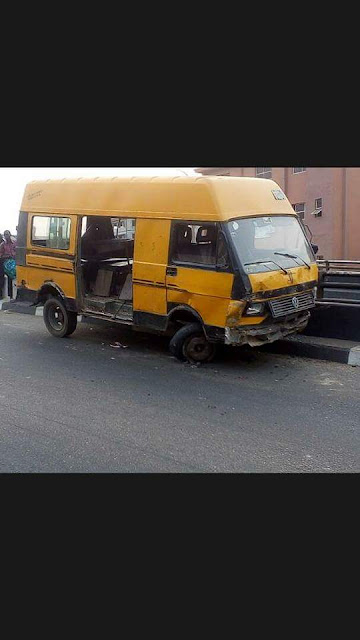 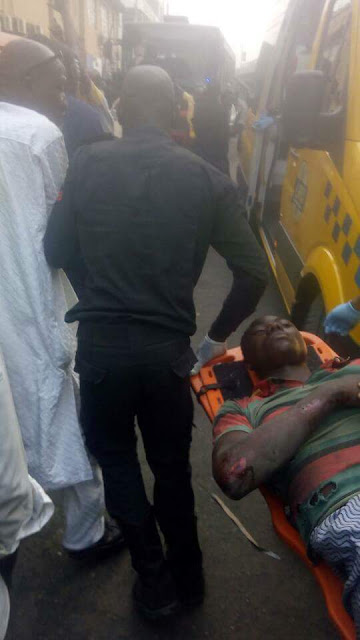 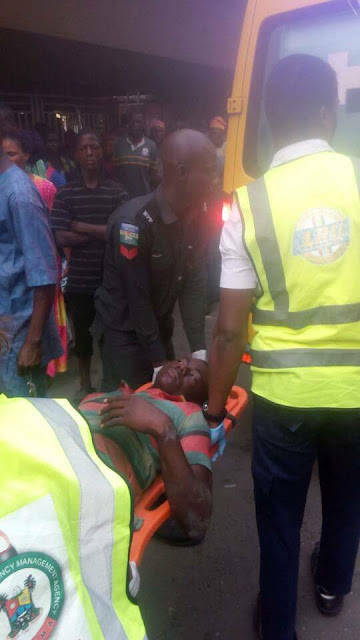