Operatives of the Joint Task Force codenamed "Operation Delta Safe", has shot dead the dreaded wanted militant warlord, Peregbakumo Oyawerikumo a.k.a Kareowei during a gunfight with other members of his group who tried to rescue him after he was arrested on Thursday.
Kareowei,who has been  terrorising both Ekeremor and Burutu LGAs surrendered to JTF on Thursday. He was allegedly killed by the JTF after his boys ambushed the JTF when the JTF was taking him to his camp to collect his guns and also persuade his boys to surrender like their boss hours after he surrendered to the JTF.He was said to be trying to escape when the soldiers gunned him down and killed him immediately.

The militant warlord who masterminded the kidnapping and murder of a British missionary, 56-year-old Ian Squire in Enekorogha, Delta state, was arrested at the early hours of Thursday in Ogbobagbene community, the hometown of former minister of Niger Delta Affairs, Elder Goddey Orubebe in Burutu local government area. 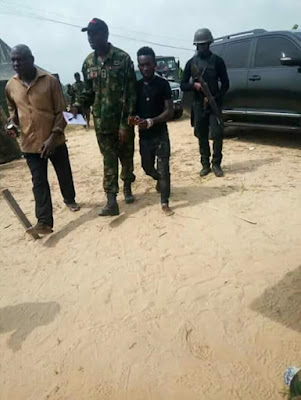 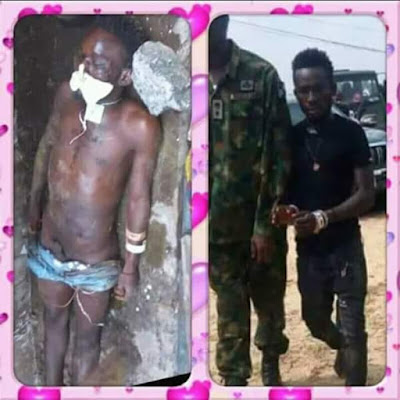