Popular Nigerian police officer Abba Kyari has been promoted to Deputy Commissioner Of Police (DCP).Other members of his team who were involved in the arrest of notorious kidnapper Evans were also promoted.Sharing the news,he wrote...

'Finally, after 10months, the Police Service Commission (PSC) released the Promotion For All the 45 Police Officers involved in the Arrest Of Nigeria’s Most Notorious Kidnap Kingpin Evans and 21 Of his Gangmembers including 2 Serving Military Personnel.

Recoveries Of 7 Mansions and Landed Properties worth Billions Of Naira in Nigeria and Ghana, Cars, Trucks, Expensive Furnitures, Jewelries, Several AK47 Rifles, Thousands Of Ammunitions, Leg Chains and Many Rifle Magazines etc etc Were Recovered And Registered as Exhibits. All bought from Ransom Collected from Innocent Nigerians that were Kidnapped by the Kidnap Kingpin Evans who is Known and referred to in the Crime World and his Gang-members as “Genius In Crime and Criminality”

We are Most Grateful to GOD Almighty. Our 5 Years of unrelenting efforts that led to the Arrest Of Kidnap Kingpin Evans and his Group has finally been rewarded.

Special Appreciation to Our Boss IGP Ibrahim k Idris for his Policy of Rewarding Exceptional Performance And the Police Service Commission for Ratifying his Recommendation. This will definitely Spur us to do more. As the Arrest of Over 200 Kidnappers Terrorizing Abuja-Kaduna-Kano express way and the Re-Arrest of the Notorious Criminals that escaped from lawful Custody in Kogi State Plus the Recent Arrest of Offa Bank Robbers in Kwara State and many More are direct Results of IGP Ibrahim Idris’s Morale boosting Policies.

By His Grace At 43yrs, I am by far the Youngest Deputy Commissioner Of Police (DCP) In Nigeria Today' 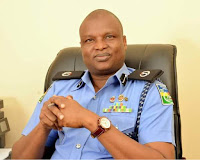 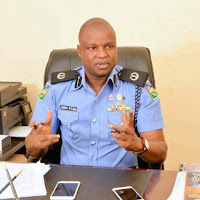 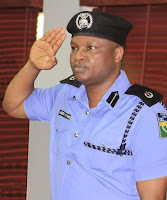 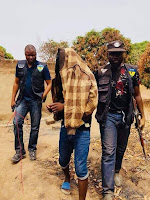