According to report,some foreigners suspected to be herdsmen who were heading to Benue state to cause havoc were killed when they engaged in fierce shootout with soldiers.Below is what Tracy shared....

'Last week I raised alarm that  some white men were imported into Nigeria and were accommodate d in Dado Nasarawa state for the purpose of war on Benue state. This afternoon over one hundred foreigners ambushed the Nigeria Army 72 SP BN . This a tip of the ice Burg. White people from Sudan or Libya were among them firing at the army.  The President was right when he confirmed the presence of foreigners launching attack on Benue people. Today over 500  Fulani militia were trouping into Benue through Keana. They declared that they will stop coming to kill in Benue if they will not reach IDP camp Daudu.  The armed forces are doing a good job. We are proud of them. President must make one pronouncement  to stop the killing in Benue and Nasarawa state government will comply. 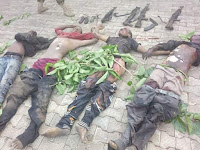 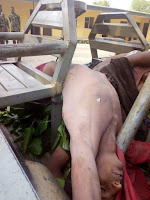 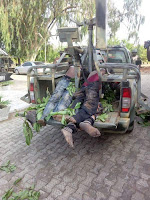