In furtherance of the drive for a formidable security architecture in the state, Edo State Governor, Mr. Godwin Obaseki has unveiled a new Armoured Personnel Carrier (APC) for the state Police command.

The APC is the second procured within a one-year period to retool the state’s Police command, amid several other initiatives rolled out to fortify the state’s security architecture.

Handing over the APC to the State Commissioner of Police, Mr Johnson Kokumo, at the Government House in Benin City, Governor Obaseki said government is determined to secure lives and properties in the state and will deploy resources to ensure they deliver on their mandate.

He added that aside the APC, the state has concluded plans to procure gunboats, helicopters for surveillance among others. 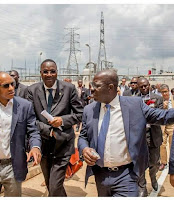