At least 5 murdered by unknown assailants in Benue

No fewer than five persons have been reportedly murdered by yet to be identified assailants at Tse Vue, Ayati in Ukum local government area of Benue state.

The victims were said to have been strangulated Thursday morning by their attackers who were said to be from Shetile axis of the area.

Confirming the development, the Police Public Relations Officer, PPRO, Deputy Superintendent of Police Moses Yamu, said the command was alerted about an attack in the community at about 9am on Thursday.

“When we got to Tse Vue, Ayati council ward yesterday we discovered five unconscious male victims and it was obvious that they were strangulated with ropes.

“One man was also found injured. They were all rushed to the hospital, the five were confirmed dead on arrival at the hospital.

“We are investigating the matter but there are allegation that the attackers were from the Shetile militia who belong to the gang of the wanted militant leader Terwase Agwazw also known as Gana.

“The Commissioner of Police, Mr. Ene Okon has ordered immediate investigation into the incident with a view to arresting the attackers. He also warned that the Command under his watch would not hesitate to deal decisively with the law breakers,” Yamu added. 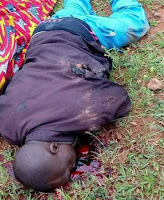 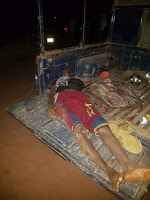