With sadness we announce the death Of a gallant soldier Last Corporal David Babalola Egunbiyi killed during Boko Haram ambush In Maiduguri.

This is a great lost to the family of the Egunbiyi's and Nigeria in general.

The 32-year-old officer is the first son of the family and happily married with twins (boys).

His father, Peter Egunbiyi retired as the Divisional Police Officer(DPO) in Ondo State

Five alleged Boko Haram terrorists were shot dead on Sunday after the insurgents ambushed troops of the Nigerian Army along Bama Road in Maiduguri, Borno State. According to the army, troops were on a clearance patrol in support of military operation, Rainbow, in the area when they were ambushed.

The troops neutralised the situation after a serious exchange of gunfire as several rifles and rounds of ammunition were recovered from the insurgents.

Gallant Soldier David Babalola Egunbiyi, was killed in the ambush in Maidiguri.

May his soul rest in Peace Amen. 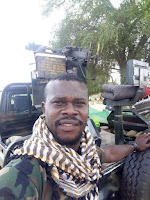 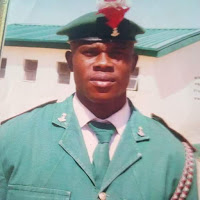 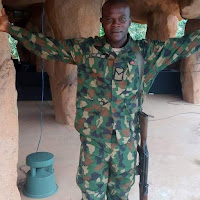 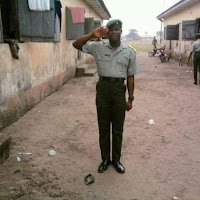