A man named Chibuzo aka  Migthy has been allegedly shot dead by a soldier in Obigbo, Rivers State.According to report, the soldier allegedly shot him dead when he was trying to intervene in the case of another man who was undergoing severe torture in the hands of the soldiers.

The report has it that one of the soldiers firstly slapped the deceased for daring to question the rationale behind the excessive manhandling of his civilian brother. Before he could make a response,the soldier pulled his trigger and shot the victim dead instantly at a close range. 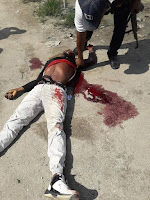 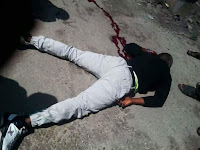 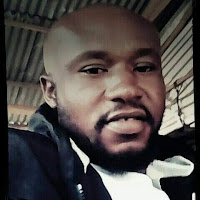