Gov. Ben Ayade of Cross River State has flagged off the Nigerian Army operation crocodile smile III exercise in Bakassi local government area to check cases of kidnapping, militancy and armed robbery.
Ayade, who performed the exercise on Tuesday, said it would also help to maintain peace and orderliness during the annual Calabar festival and the 2019 polls.

According to him, the exercise will also reduce the proliferation of arms through the Cameroon border at Ikang in Bakassi.
The governor added that the Nigerian Army has remained disciplined and very professional in the discharge of their constitutional duties.

The Governor called on all security agencies to work in harmony with a view to bringing the security challenges across the country under control.

"As the 2019 general elections draw closer, I want to use this opportunity to warn politicians to desist from moving arms and sponsoring violence at polling units.

"As the Chief Security Officer of the state, I will work with security agencies to ensure that anyone caught is prosecuted,’’ he said.

According to him, the exercise was designed to include riverine and land operations with a view to monitoring the creeks by tackling kidnapping of personalities, militancy and curbing the menace of armed robbery.

"This exercise has been designed to enable officers and soldiers of 13 Brigade to show their proficiency in internal security.

"The land operation will be conducted to check armed robbery, communal clashes, stop and search of vehicles among others.

"The riverine operation will equally help us to check the activities of militancy and kidnapping of personalities across the creeks.

"In addition to the exercise, we will also carry out medical outreach in host communities and schools.

"As we do this, it will also help us to maintain peace and order and create a conducive environment as we approach the 2019 general elections,’’ he said.

He urged the soldiers to deal with criminals based on the rules of engagement.
The Commander of 13 Brigade, Nigerian Army, Calabar, Brig.-Gen. Charles Okulide, disclosed that 800 security personnel drawn from the Army, Police, Nigeria Security and Civil Defence and Immigration would be participating in the one month exercise.
Okulide said that the initiative was to foster inter-agency relationship among security agencies in the state, thereby expressing confidence that the exercise will be hitch free.
According to him, the Brigade has made giant efforts in curbing heinous crime in the state through the sustained collaboration of other security agencies 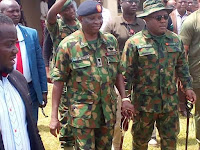 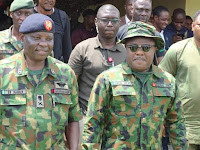 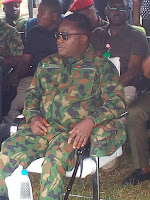 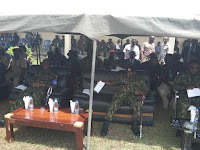