Kebbi Governor Atiku Bagudu hosts Abdulsalami and others to dinner(Photos)

The Executive Governor of Kebbi state, Senator Abubakar Atiku Bagudu hosted family and friends to a dinner in honour of Her Excellency, Dr. Zainab Shinkafi Bagudu on her election into the Board of Directors of Union for International Cancer Control (UICC) held in Kuala Lumpur, Malaysia on 4th October, 2018.

It was held at Jake’s Place in Abuja on 26th October after her significant win earlier this month. Some notable persons present were wives of the Governors of Osun, Zamfara and Oyo state, Gen and Mrs Magoro, SSA to the Wife of President, Dr Hajo Sani, Halima and Ba’aana Sherif, Abdullahi Shehu, Chairperson of Nigerian Olympic Committee Alh Abu Gumel, Hajiya Kolo Kingibe and many other cancer advocates who participated in the campaign. The invitees also include  former President of Nigeria, Gen Abdulsalam Abubakar and His wife Justice Fati Abubakar who both wished Dr Bagudu well and prayed more more success.

In His Excellency’s remarks at the dinner, he described his wife’s election into the UICC board as evidence that her effort in bringing better cancer control over the last 10 years was yielding fruit and a milestone achievement not just in Nigeria but the entire African continent. He further stated that her position on the board would boost national access to treatment for cancer patients. He also congratulated Runcie Chidebe of Project Pink Blue for winning the world cancer day spirit award.

Her Excellency expressed deep appreciation to all those who supported her through the election period, especially her husband, the wife of the president, Minsters of Foreign Affairs and Health, the Medicaid team, Nigerian Cancer Society and many others. She further committed to live up to the responsibility as she has always done even prior to her husband being governor. She thanked everyone for joining them and wished them a safe journey back to their various destinations. 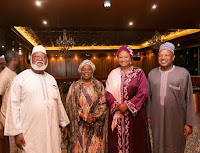 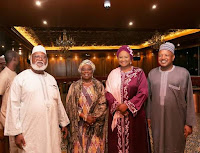 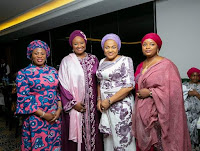 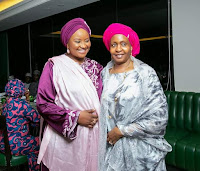 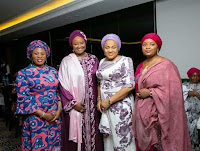 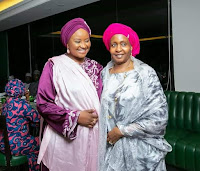