More photos of victims killed by Fulani gunmen in Kaduna

Yesterday I shared the news of people killed in Kasuwan Magani,Kaduna.Da JosBoi has shared more photos. He also revealed that a prominent traditional ruler and his wife were kidnapped during the attack.Below is what he wrote...

'It would be recalled that dozens were killed in Kasuwan Magani an Adara community of Kaduna State on Thursday 18th October 2018.

News from Makyali on the road to kachia LGC of Kaduna state, has it that the Agom Adara (The royal figure of the people) and his wife have been kidnapped, his orderly and four others killed on Friday 19th October 2018.

During the massacre on Thursday, the media as always portrayed it like a fight between the Hausa/Fulani and the Natives.
The Operation Yaki military personnel were camped just 400m away from the market where the massacre took place but they did nothing until when the local youths regrouped, mobilized and were coming to rescue the survivors then the military stepped in to stop them from saving their people.

This Adara chief is one of the only two chiefs among indigenous nations in Kaduna state to order that all traditional leaders in his domain must wear traditional African symbols of royalty - the leopard skin, and dump the Ara Turban. Fulanis and Muslims in the Kachia axis vehemently kicked against it and attacked him openly.Now this kidnapped while he was on his way to attend a security meeting.

Also, news has it that the Adara youths could have actually fought and rescue their royal father and his family but the military won't let them do it.
could the Military be colluding as earlier stated by TY Danjuma?'

If this truly doesn't disturb you, the piles and piles of dead human beings. Doesn't disturb you or only made you say."it did not start today".then your humanity is gone.gone beyond redemption.
This could be anyone of us, when no one is safe.then NO ONE is safe' 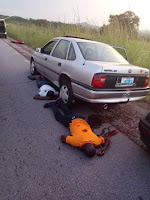 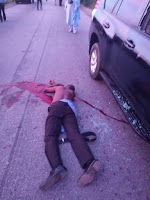 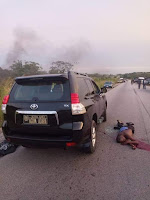 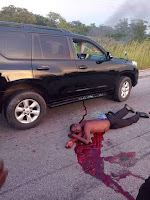