A Nigerian pastor,his junior pastor and a member of his church were murdered in cold blood at his residence by unknown assailants in Umuobia,Abia State.A journalist who visited the scene said...

'We arrived at the scene at the Umuobia Housing Estate, Olokoro to meet other colleague journalists and a team of police officers led by the DCP in charge of the state CID.

The gate of the compound where the incident had taken place was ajar with the atmosphere reeking of this heart stopping stench.

Moving into the compound was only a necessity. If not, no one ought to. This is because the corpses had been there since last Saturday, October 13 and were only discovered yesterday's evening when the police were alerted after a long search for the victims by their families and friends. So, the police only moved in today.

Entering the house, we saw three corpses of two males and a female. One of the male corpses, we were told by a pastor close to one of the deceaseds, was that of the owner of the house and senior pastor of 'Winds of Glory Church', Ohokobe Ndume, Pastor Blessed Kelechukwu Iwuanyanwu who was about 27 years of age.

The other was that of the junior pastor whose name was given as Ambassador Kalu Ikeagwu and was aged 25. The female, Ruth Andrew, we were told was a former women leader of the church and was about 40 years of age and had divorced her husband.

This is contrary to a Facebook update which suggested that the senior pastor had disappeared after the corpse of "his married girlfriend and two others were found in his house".

The three corpses lay separately with Ruth's body lying in the last room which seemingly was the 'Master's bedroom' with noticeable machete-like cuts on the body and severed fingers. That of the junior pastor lay on the passage with the entrails already out in the open. The senior pastor lay in a room adjoining the passage with deep cuts.

The rooms were in disarray with traces of blood flow and splash on both the floors and on the walls - suggesting a thorough struggle for life by the victims which unfortunately did not yield fruit. This also points to a possibility that the murder may not have been carried out by one individual.

We also found out that the man's SUV and that of the woman who we learnt owned a school, were missing alongside the power generator, television, fan and some other appliances. They were apparently loaded in the vehicles and moved away by the assailants.

Some of the residents of the neighbourhood who reluctantly spoke off camera said they could not dictate the crime due to the high level of noise that was emanating from the compound.

Meanwhile, a youngman who identified himself as Pastor Joseph Smart, a friend of the junior pastor said they started looking for his friend when his family could not find him after he and his boss were unprecedentedly absent from church service on Sunday.

On the part of the junior pastor's girlfriend (that how she was addressed), she saw her friend for the last time on Saturday evening when he told her he wanted to go pass the night at the senior pastor's house from where he intended to attend church service the next day being Sunday. She said she tried to dissuade him from going but to no avail and that was the last time she saw him.

An account from his sister however said that upon sensing danger, they called the main pastor's number and a voice answered and assured them that her brother was safe and that there was a poor network service where they had gone for a crusade in a remote village hence he could not be reached. Apparently, the mastermind was making use of the deceased's phone and was impersonating the owner.

Though the police have begun investigation, the death of the three remains a mystery' 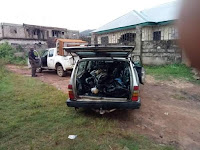 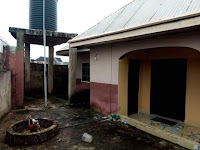 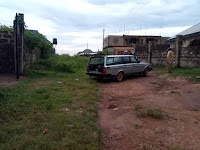 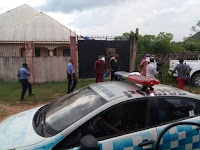 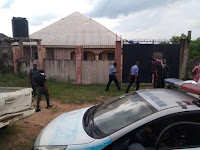 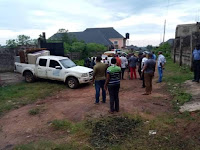 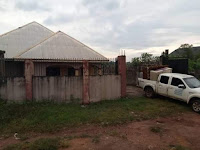 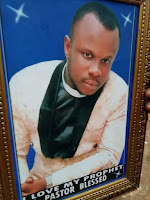 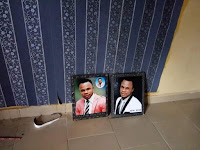