We express absolute displeasure on the unprofessional conducts of vigilantes in Agbaro Delta State which led to the death of a nine year old boy who was sitting in his mother's shop. According to eye witness, there was no uproar in the area neither was there robbery nor stealing.

In announcing their presence was a sporadic gunshot that left the nine year old boy dead and another seriously injured. When I confronted CSP Nosa that DPO Agbaro Divisional police headquarters, he said they are on top the situation as the vigilantes are in his custody.

Paying a condolence visit to the family of the victim this morning left me some pains as the tragedy was too much for the mother to bear. We hereby urge the DPO in line with the decision of the victim's family to transfer the suspects to state CIID for prosecution to serve as deterrent to others who feel they can fire arms at will.

The position of the CDHR state chairman Comr. Prince Kehinde Taiga who mandated me, is justice for the victim and we hope it be carried out immediately. 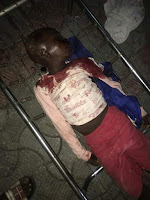 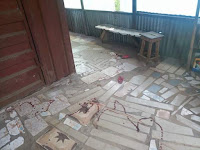 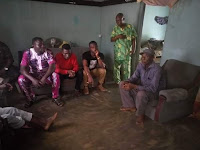