Loading...
Protesters storm USA embassy,demand US issue visa ban and travel restriction to Justice Tanko Mohammed,Danladi Umar, AGF and others.
.Want NJC to reconvene and expel Tanko Mohammed.
..Protesters want NBA and Judicial Workers to shut down too.
Hundreds of Civil Society leaders, lawyers and opposition politicians stormed the USA embassy as early as 8am demanding that the US govt intervene in the constitutional crisis ignited by President Buhari with his ongoing move to foist his factional CJN Justice Tanko Muhammed on Nigerians against the current CJN justice Onnoghen.
The protesters who were jointly led by  Ikenga Imo Ugochinyere, Comrade Ariyo and popular Area Father Charly Boy vowed to continue sitting at the USA embassy until tangible response comes out of their demand.
The group called on NBA to announce total shut down on Monday while banning any lawyer from appearing or recognizing the new CJN as the only CJN . 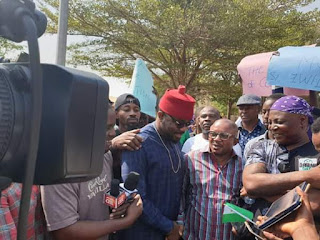 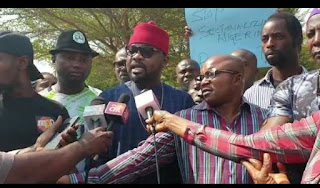 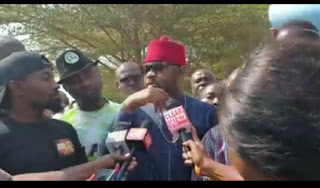 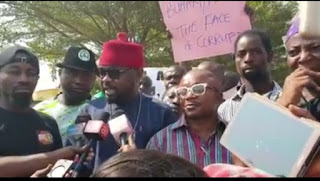 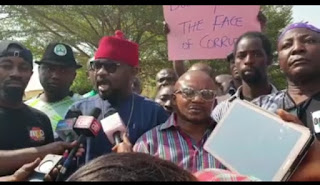 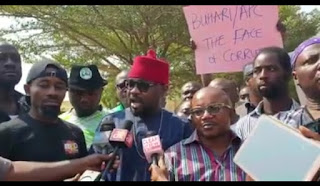 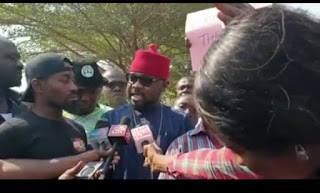 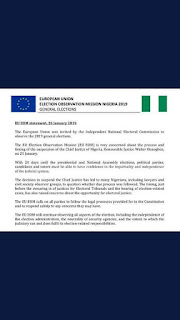