Shortly after Gov El-Rufai left Birnin Gwari LGA,  the local government badly affected by activities of bandits and kidnappers,  the people used detergent and several trucks of water to wash away the 'curse' El-Rufai took to the area.

APC flags and brooms, the symbol of APC were burnt as sign of rejection of the party in the coming general election.

The governor had promised them that he will relocate his office to the area pending on when they bandits ravaging the area are flushed out.He equally promised them a faculty of Kaduna State University.Few days to election non of these promises has been fulfilled. This, I presume as the reason responsible for this outright show of anger. 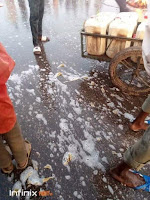 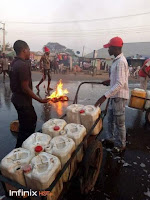 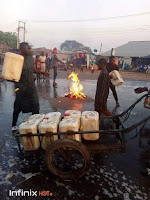 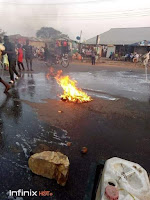