Loading...
Some have shoes but no legs,others legs but no shoes. Trezzy Helm reports  that Mrs Igwe Justina from Mbiri from  Ika North East local government Area of Delta State successfully completed her 9-months course with triplets,two girls and boy.The matrons and doctors at Central Hospital,Agbor  worked out their hearts when it became obvious that the devil wanted to do overtime. Two years ago the mother of Triplets (Nne etoor)  an unemployed NCE holder was also delivered of twins.
Mr Camilus Igwe , the husband also a native of Mbiri who is an unemployed university graduate (Bsc Econs) hustling as a motorcyclist (Okada rider) in Agbor to fend for the family  glorified God for his mercies and grace that saw his wife through what he called a titanic battle.
"I am short of words, please Delta State Government,politicians,businessmen, well- to -do individuals, NGOs,clergymen should come to my assistance ;the load is too much , one room apartment can't contain us, Okada money can't feed us , clothe or provide drugs for  the kids, I am confused right now,so many things racing  in my mind but I know that my God liveth,God will send my helpers" he said.
The beautiful kids are still cooling off at the Post Natal ward of CH, Agbor. 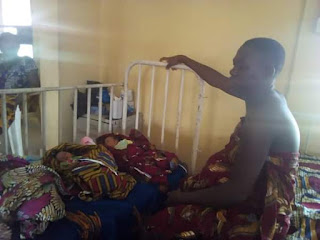 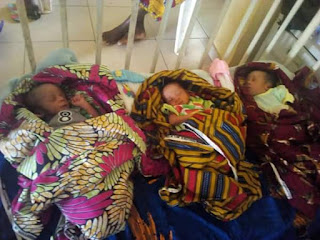 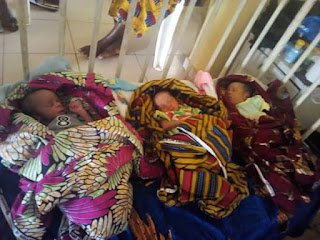 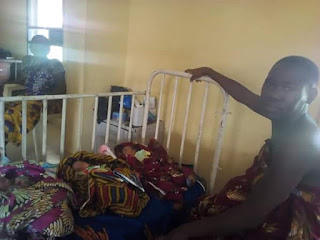 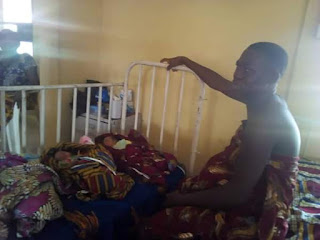 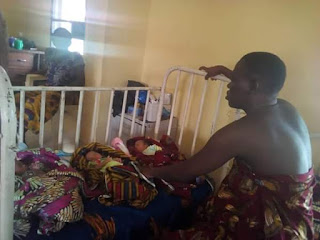 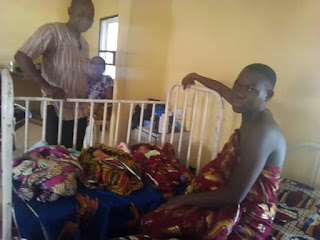 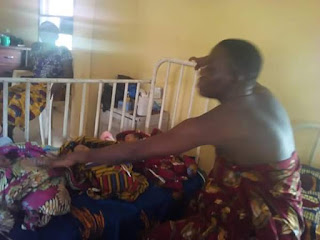 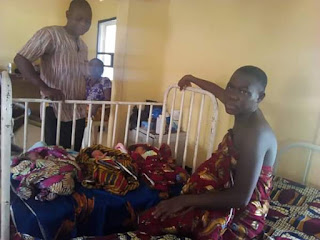 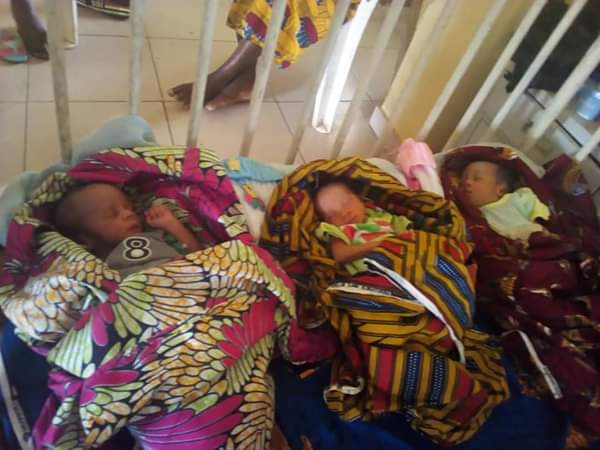 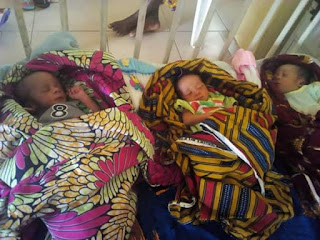