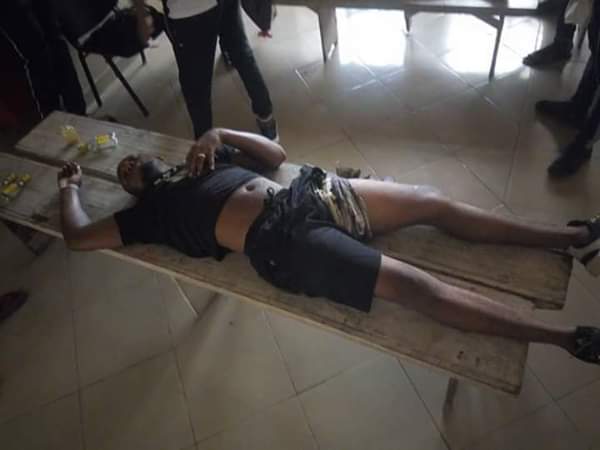 A young man identified as Thywill was allegedly shot dead today by army in Rivers State. Below is what Chijioke wrote....
'Army kills One In Rivers State!
This is the picture of the young man that was shot this morning by the military.
PDP agent Thywill Datotubo of Ward 10 Akulga gunned down by Nigerian Army working with APC stalwarts Christian Pedro, Chief. Fenibo M. M. Jack, Onimim Kalabari (aka Ido) and their thugs
This occurred this morning even while the elections are yet to start'. 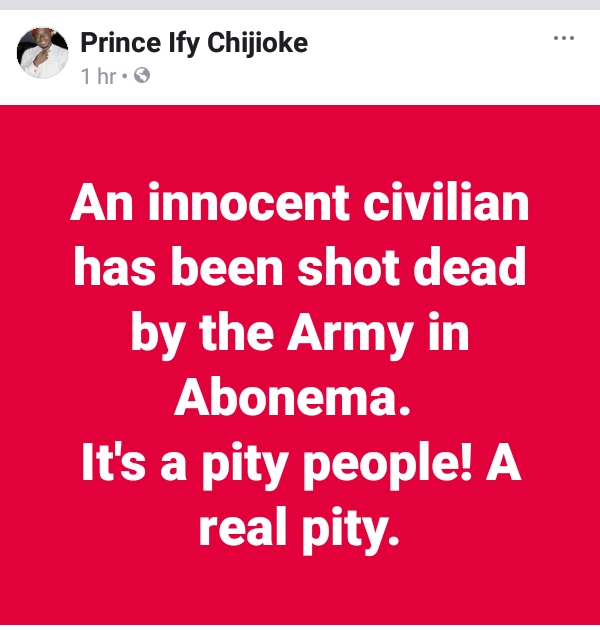 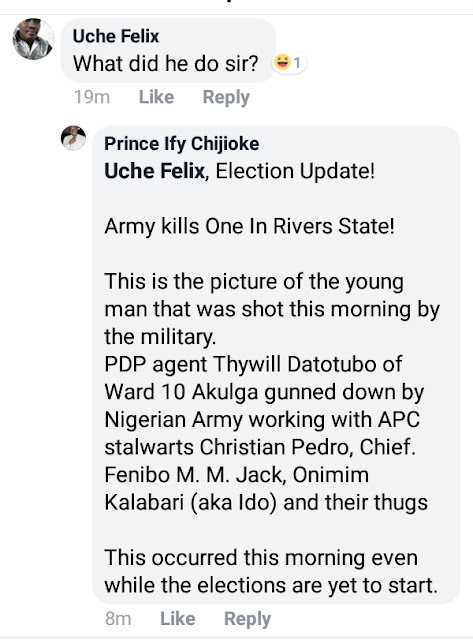 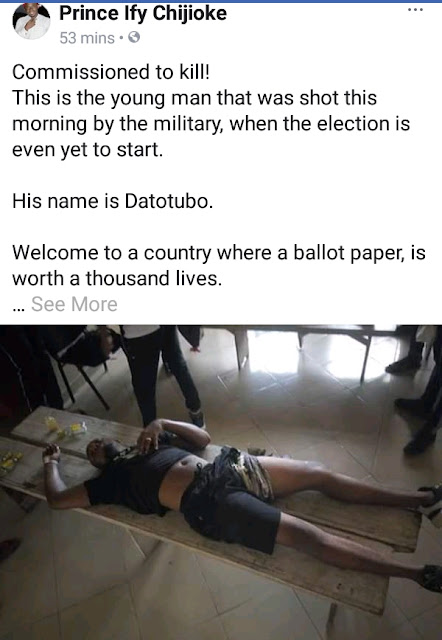