Ethiopian Airlines crash: Victims' relatives given bags of earth to bury' in place of bodies during mass funeral(Photos) 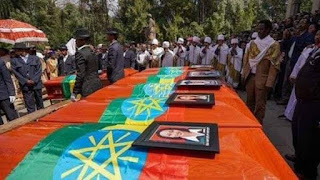 A mass funeral was held for the 157 victims of a plane crash in Ethiopia after their families were given bags of earth to bury in place of their remains. Some victims’ relatives fainted and fell to the ground during a procession through the country’s capital Addis Ababa as 17 empty coffins draped in the national flag were laid to rest in their memory.The Sunday service came the day after officials began delivering bags containing 2.2 pounds of scorched earth taken from the crash site to the relatives of those who died.

Families have been told the identification process is expected to take a long time and could last up to six months.An Orthodox priest dressed in a traditional black turban and black robes told the crowd gathered at Bole International Airport: “Our deep sorrow cannot bring them.”

May their soul rest in Peace . 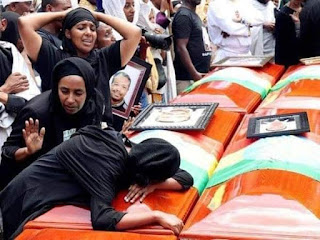 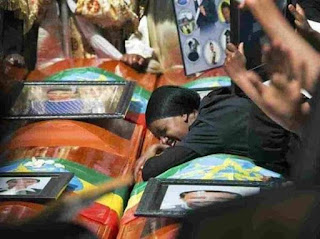 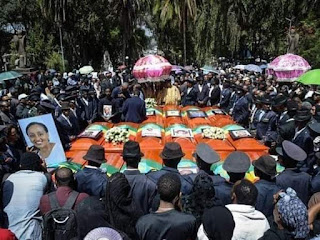 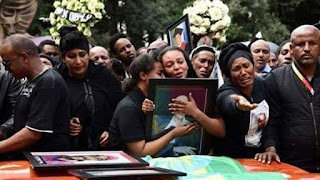