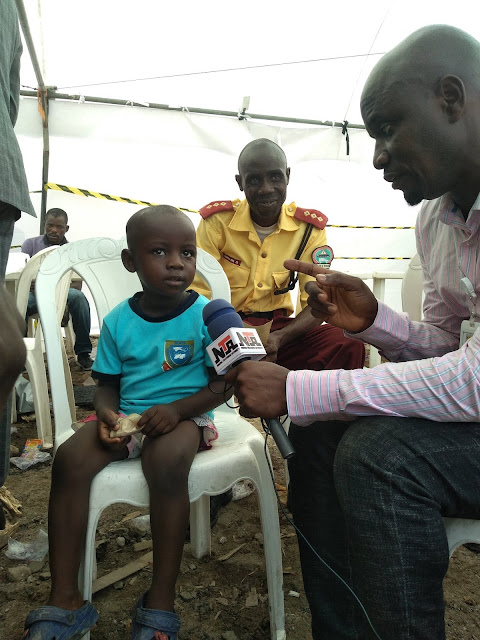 Here is Owolabi Saheed, a LASTMA official.His only son Ayo survived the Lagos building collapse.He said...
"I was at my duty post (Tom Jones, Lagos island) when they called me that my son's school had collapsed, I rushed here immediately and I was told he's alive at the hospital" 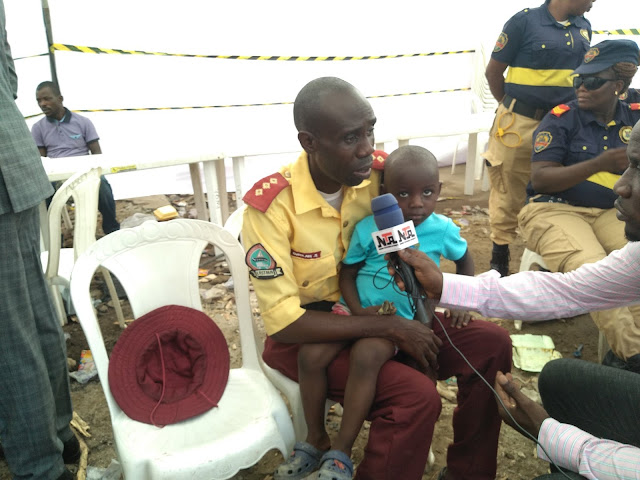