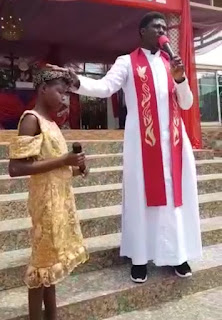 While giving testimony, the girl said she came to Adoration for the first time on Wednesday. While praying for sick people,Rev Ebube Muonso said that there was a sick person suffering HIV.He urged the positive woman to do test the following day while praying.Surprisingly to her,she did the test on Thursday and it was negative. Father Ebube Muonso told her to get the result of the test next time for him.

Recalling her ordeal,she said she contacted the disease through blood transfusion. According to her,her father who was HIV positive donated blood to her when she was sick while young.She has been going from hospital to hospital since then due to recurrent illnesses. 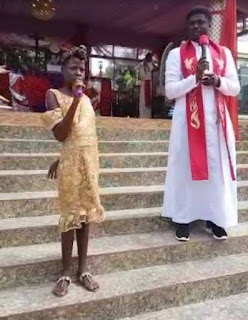 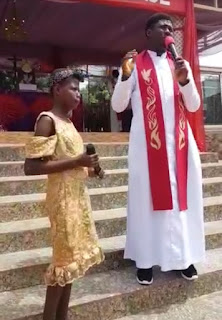