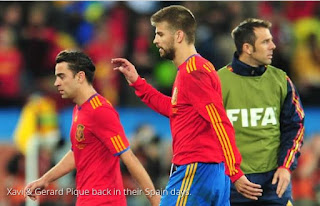 Barcelona legends Xavi Hernandez and Gerard Pique are set to come out of international retirement to play for Catalonia in the upcoming break.


Catalonia will play a friendly against Venezuela on March 25, with Pique set to make his 10th appearance for the side.

Xavi announced his retirement from the Spain back in August 2014, but is still playing professional football out in Qatar with Al Sadd.

Pique announced his own retirement after the 2018 World Cup at the age of 31.

Catalonia are not officially registered by UEFA or FIFA, but are allowed to partake in friendly matches.

However, there has been controversy in Spain over the matter, with Rayo Vallecano, Real Valladolid and Huesca all refusing to let any of their players join up with the Catalan side.

Catalonia's manager Gerard Lopez says he understands the clubs' decisions, with Watford refusing to let Gerard Deulofeu join up with the squad.

You can see the whole squad picked for the fixture below 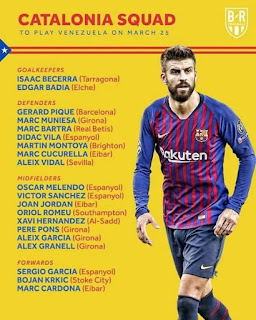