Masquerade Group Attack A Man In Rivers,Inflict Injuries On Him(Photos) 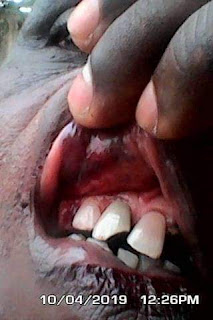 'A conspiracy and an attempted murder on my dad by the masquerade cult group (Okruso) in obrikom, Ogba/Egbema/Ndoni LGA of Rivers state

I was called today by my brother and was told that they were at the police station where  report was made against the attackers of my dad, a masquerade group (Okruso) in my village Obrikom.

My dad, an indigene of Obrikom was passing on his way to his business when some masquerade (Okruso) attacked him and injured him severely.

He being the good citizen decided to go to the police who in turn went out for arrest but were attacked by the masquerades at the playground. The police returned  to the station and decided to hold my dad behind counter until he produce their attackers to work on their destroyed vehicle, something he possibly can't do because he can't identify the attackers.

I made some calls and he was given a document to treat himself at the general hospital and his release followed. 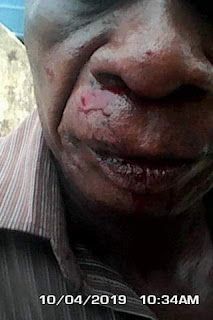 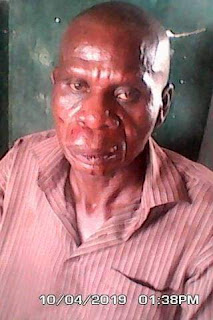