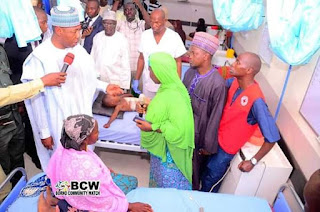 His Excellency Professor Babagana Umara Zulum today June 17 visited the casualties of the last night Konduga bomb blast which occured at Mandarari ward. According to reports from witnesses,one of the suicide bombers who is a  female triggered the bomb bladt at one of the scenes which was a cinema where youths usually gather to watch football games.
The casualties were transfered to the State Specialist Hospital Maiduguri.They are 41 in number:17 seriously injured, 16 sustained minor injuries, 5 discharged and 3 transferred to the UMTH. So far 30 deaths  have been recorded. 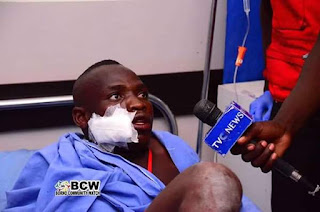 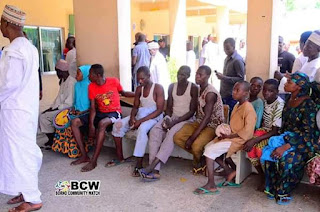 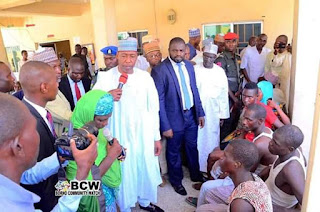 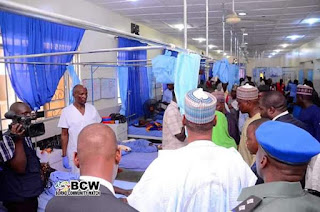 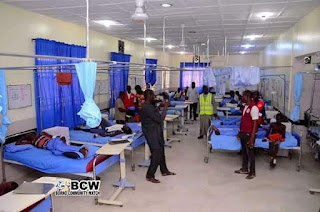 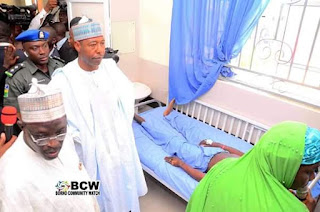 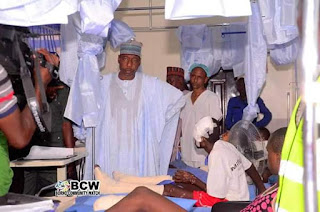 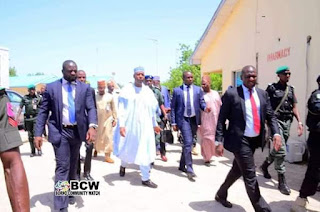