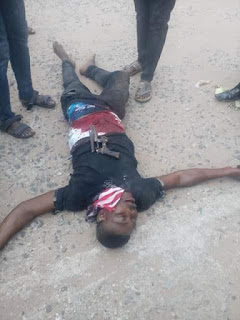 There was a fierce gun battle between the police men and armed robbers who tried to rob a priest today at Hardel Junction,Orji,Owerri.
According to report, the robbers took their robbery to a junction which has a police station around and the uniform men could not take such assault.They engaged in a gun battle with the robbers and shot one of them dead.Others escaped.More photos below 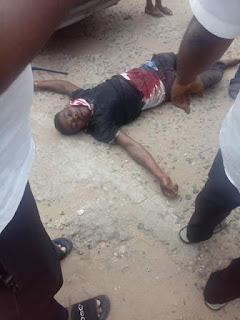 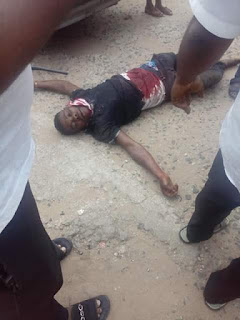