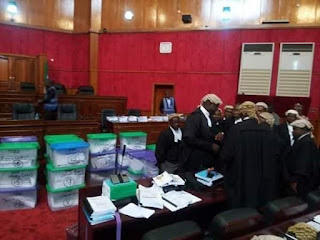 HE Alhaji Atiku Abubakar/PDP legal team scared Tribunal with election materials from Niger State and some other states.
After the bar closed the appearances announcement, Nwabueze expressed “gratitude for granting me my first request”.
In what he described as his “short remark” which he sought to be allowed to deliver, Nwabueze said “The determination of the petition will certainly impact on future elections and constitutionalism in the country.”
He said this had “notwithstanding of my age and attendant health challenges”, he attended the proceedings “to underscore the importance” of the case.
On closing his remark, he took permission to leave the courtroom.
His request was granted and he was subsequently wheeled out of the courtroom.
Meanwhile, Uzoukwu who has taken over the leadership of the petitioners’ legal team has announced that they would be starting the case with Niger State.
For a start, about 50 boxes containing electoral materials from Niger, Jigawa, Kebbi, and Yobe states, have been brought into the court. 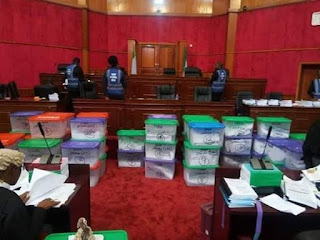 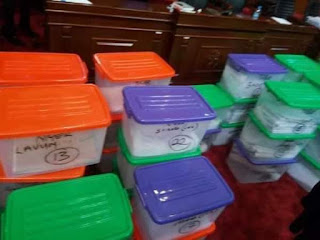 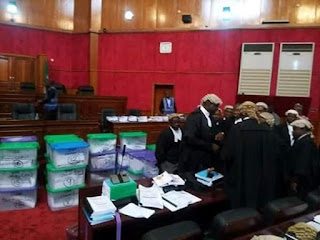 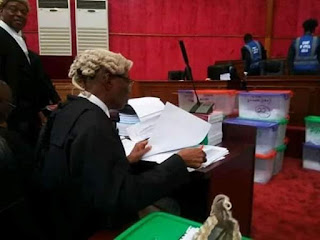 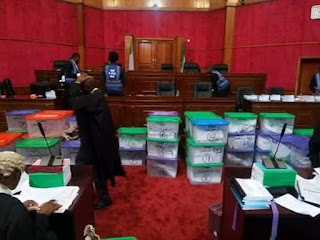 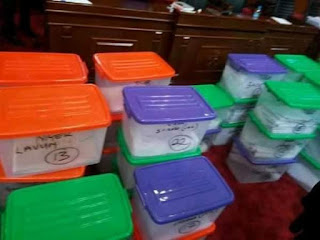