 Home   NEWS  Father Mbaka Speaks About The Killing Of Father Offu,Insists Buhari Is Not Our Problem(Photos,Video)

Father Mbaka Speaks About The Killing Of Father Offu,Insists Buhari Is Not Our Problem(Photos,Video) 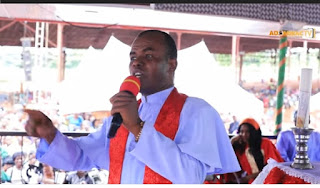 https://m.youtube.com/watch?v=Y5A9iVlS5SE
Father Mbaka yesterday spoke about the alleged killing of Catholic priest Fr. Offu by suspected Fulani herdsmen. He also spoke about how people tried to blackmail him by circulating his  photoshop and said that he participated in the Catholic priests' protest.According to him,he was in Abuja for an interview at Chinese Embassy during the protest and never participated in the protest.He also used the opportunity to distance himself from a viral fake news that there will be heavy rain in Aso Rock on October 1st.
Speaking at yesterday at Wednesday's 'E No Dey' programmed,he insisted that President Buhari is not the problem of Nigeria.
Watch the video on the link above(he spoke about the killing and President Buhari from 36th minute of the video).One thing about is that he stands for the truth and not bothered by what people say.
Can we just think very well?A reverend father was assassinated and we just said Fulani herdsmen shot him?Do you remember when a reverend father was shot in Imo State recently? To be frank,the killers may be robbers,kidnappers or herdsmen.Nobody knows the actual killers. Coming out to protest and labelling herdsmen as the actual killers without facts and investigations is unfair.
What if tomorrow the killers are caught?Father last week said that the killers will be caught and they will sing.So if the killers are not herdsmen, it will be a kind of disgrace to the protesters. 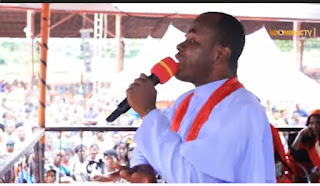 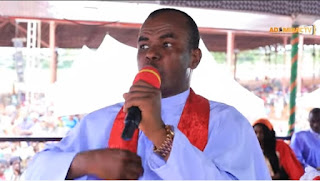 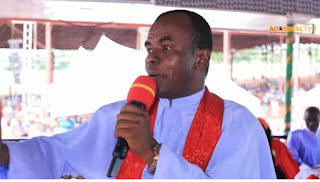 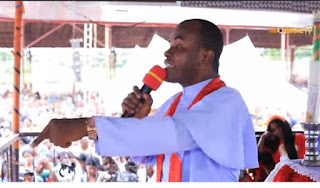