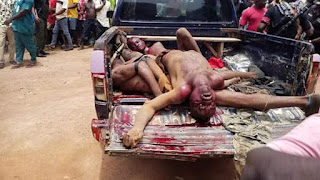 Three armed robbery suspects today received jungle justice at the hands of a mob at Ushongo town for staging an operation in the area.
The suspect's names were listed as Terkaa Jabi, alias Gajere, Terkimbir Iorbunde Ahungwaor and Paul Mbailuior Damsa.
They were said to have incurred the wrath of the community when they trailed a vehicle coming from Cross River and attacked the passengers early morning today close to the house of the District Head of Mbayegh, Chief Nathaniel Hoyo.
Eyewitnesses stated that Chief Hoyo called the police on phone and also mobilized youths to chase the attackers who ran into the hills in the surrounding area and hid in one of the caves.
They said a mobile police team and later operatives of Operation Zenda joined the youths to comb the hills and cave where they arrested the suspects.
There was spontaneous outrage from the community against the suspects as their attack came few days after the scandal of 11 exhumed bodies of kidnap and robbery victims from the area which attracted the visit of Benue State Governor Samuel Ortom.
The angry mob stoned the suspects and dragged them along the road before the police took their bodies and displayed at the Ushongo police station.
A large crowd gathered to see the bodies. 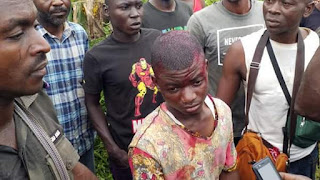 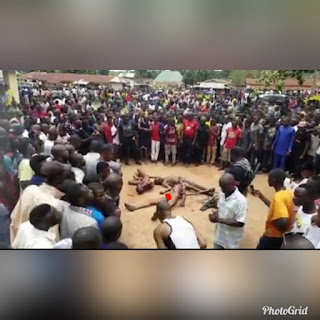 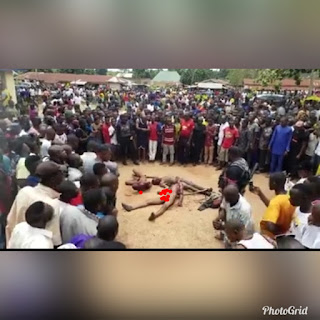 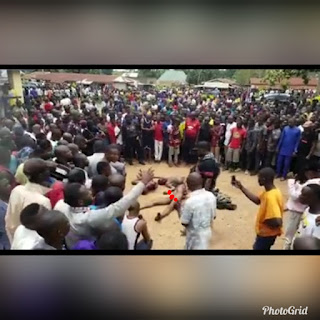 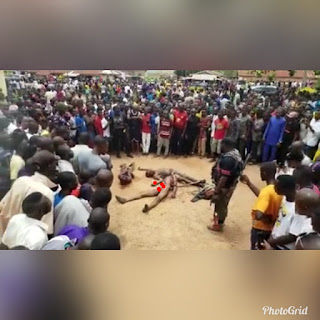 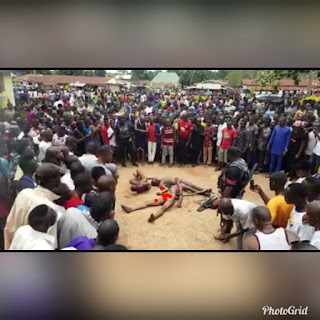