See Photos Of Ritualists,Kidnappers And Cultists Arrested By Benue Police 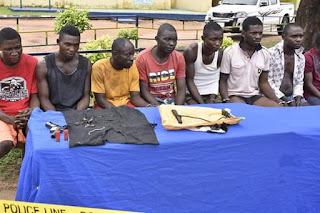 BENUE STATE POLICE COMMAND
POLICE PRESS BRIEFING
27TH SEPTEMBER, 2019
In continuation of the fight against crime in Benue State, the Command has employed numerous strategies to prevent crime and apprehend criminals. These strategies range from deployment of well trained personnel to strategic places where crime is prevalent, constant patrols within the Metropolis, mapping out flash points for effective posting of officers among other strategies. During the period under review, the Command arrested a total number of forty (40) persons in connection with armed robbery and kidnap cases, recovered twenty-three (23) arms, seventeen (17) live ammunition, twelve (12) cartridges, and charged eight (8) kidnap/robbery cases to Court for prosecution. This briefing has been organized to keep the general public abreast with activities of the command. Some of the cases recorded include;
(1) ARREST OF SUSPECTED  KIDNAPPERS/ARMED ROBBERS/ SERIAL KILLERS;  Intelligence was gathered that a kidnap/Robbery gang  operates within Ushongo Local Government Area of Benue State. Upon receipt of this information,  a special  crack squad was deployed to the area for investigation . On 21/09/2019 at about 1630hrs, the gang leader, one Iorwuese Ikpila and five (5) other suspects all m of Mbagwaza council ward, Ushongo were arrested in connection with the case. During interrogation, the suspects confessed that they have been armed robbers who opted for kidnapping as a result of tight deployment of security operatives on the high ways. They specified that the gang kidnapped sixteen (16) persons, robbed them of their vehicles, motorcycles and other belongings; killed the victims, buried the corpses and planted cassava on the graves as a way of covering the crime. Further investigation led to the discovery of sixteen (16) shallow graves. Eleven (11) corpses have been exhumed and identified by their family members. A receiver of the properties stolen by this gang, one Shizaan Nyityo m of Zaki-Biam has also been arrested. Items recovered from the suspects include; one (1) locally made single barrel gun, a rope used by the gang members to strangulate their victims and assorted charms. Investigation is still progress
(2) ARREST OF A SUSPECTED RITUAL KILLER:
On 13/09/2019 at about 1830hrs, a report was received at Ukum police station that one Stephen Ortwer and Oryiman Alexander all m of Kyado conspired and kidnapped one Tersue Mduega m 7yrs, Teryima Mduega m 4yrs and Mhen Mduega f 1yr to Ebonyi State; allegedly for ritual purpose. During investigation, Stephen Ortwer was arrested while one of the victims Tersue Mduega was rescued. Efforts are been made to rescue the other victims and arrest the suspect at large
3. ARREST OF A SUSPECTED CULTIST/ARMED ROBBER: On 23/09/2019 at about 2230hrs, information was gathered that one Pius Samuel Oga armed himself with a gun and trespassed into a compound at Obareke-Ito, Obi Local Government Area  where he was shouting that he needs blood. The occupants raised an alarm that led to the arrest of the suspect with one locally made pistol and three (3) live ammunition. Suspect confessed to the crime.
(4) ARREST OF SUSPECTED CULTISTS: Following information about cult activities at Daudu, police officers at the division where deployed to patrol the area. The patrol team intercepted one Kor Tarfa, Agu Titus and Fidelis Eric all m of different addresses with an axe. During investigation, suspects confessed to be members of Black Skull Cult group. Investigation is still in progress.
Let me use this opportunity to appreciate other security agencies, traditional rulers, religious leaders and the good people of Benue State for their immense support and cooperation during this period. I assure you that we will not relent in our effort to fight crime and by the grace of Almighty God; Benue State will be rid of criminal elements.
Thank you and God bless.
CP MUKADDAS M. GARBA, COMMISSIONER OF POLICE, BENUE STATE COMMAND.
27TH SEPTEMBER, 2019. 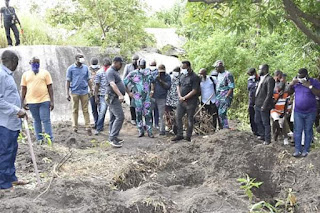 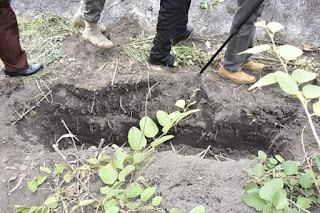 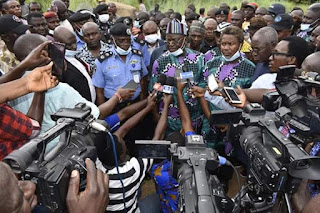 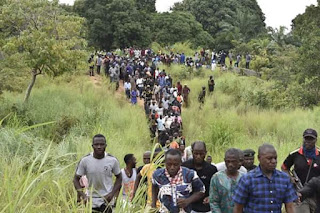 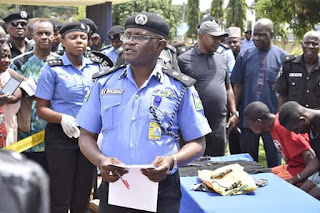