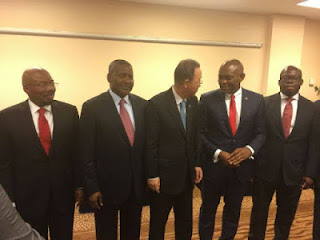 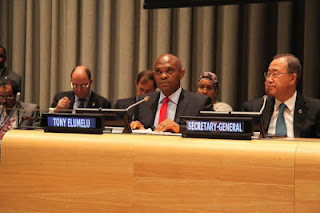 Nigerian billionaires and business moguls Aliko Dangote and Tony Elumelu alongside other members of private sector leaders on Monday met with UN Secretary General Ban Ki Moon  in Abuja to discuss with The UN General Assembly (UNGA) about the Sustainable Development Goals (SDGs).SDGs are expected to be adopted at the UN General Assembly in September.Apart from

Other officials of UNGA also attended the meeting.