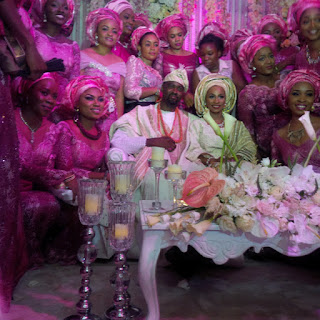 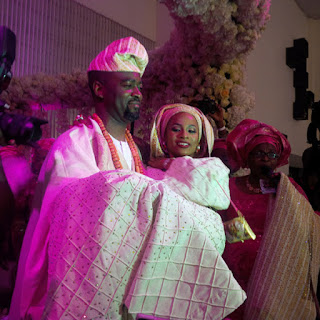 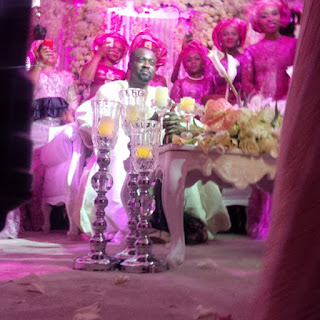 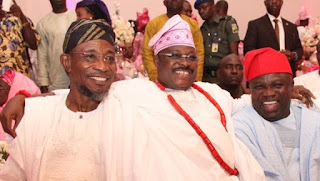 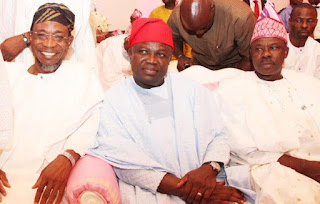 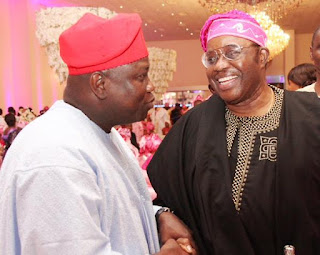 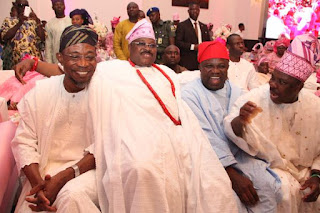 The groom,Ayokunle is the son of late Samuel Adekunle Ajayi, while his mum is Yeye Omotola Ajayi of Ikole Ekiti.The classy wedding was attended by many dignitaries such as Governors Ambode,Aregbesola,Ibinkule and Alafin of Oyo, Oba Lamidi Adeyemi who came into the venue in the company of his son, Hon. Akeem Adeyemi (Skimeh) who is a member of the House of Representatives.

Akin and his Shuga Band performed while Olamide and Davido did side performances that lasted hours.

Journalists were all barred from entering the venue of the wedding for coverage.