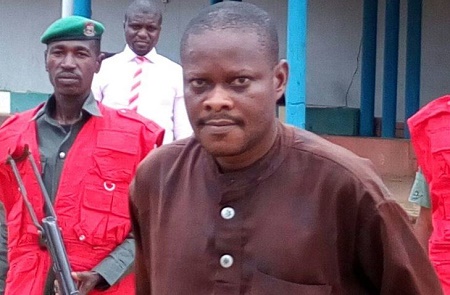 The Economic and Financial Crimes Commission (EFCC) on Monday, June 27, 2016, arraigned one Pastor Moses Oluwapelumi Iduye before Justice M. O Ishola of the Oyo State High court sitting at Ibadan on a 10 count charge bordering on obtaining by false pretence, forgery and uttering of document.

Moses ordeal followed a petition alleging that he collected over N1.2 million from one Adeyemi Ronke Bola under the pretence that he would help her secure traveling documents, but later gave her fake airline ticket and visa.

He, thereafter, adjourned the case to 12th of July for mention and ordered that the defendant be remanded in prison custody.