Many feared dead in another accident allegedly involving PMT(Photos) 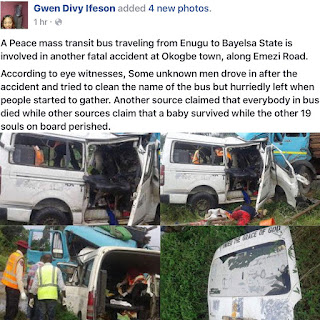 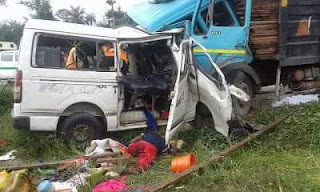 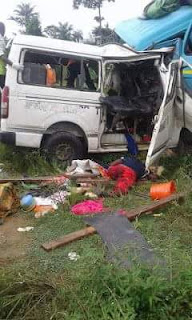 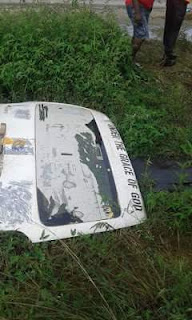 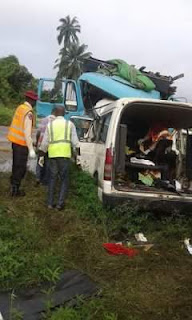 According to Gwen Divy who shared the photos on Facebook,many people lost their lives as a Peace mass transit bus travelling from Enugu is involved in accident.Read what she wrote below....

A Peace mass transit bus traveling from Enugu to Bayelsa State is involved in another fatal accident at Okogbe town, along Emezi Road.

According to eye witnesses, Some unknown men drove in after the accident and tried to clean the name of the bus but hurriedly left when people started to gather. Another source claimed that everybody in bus died while other sources claim that a baby survived while the other 19 souls on board perished.

Peace mass transit has not commented as at the time of filing this report.
who still enters peace?