 Home   SPORTS  Nigeria needs skilled leaders of stature. Why is Kemi Adeosun a minister? She should be in a class, being taught!:Pa Ikhide

Nigeria needs skilled leaders of stature. Why is Kemi Adeosun a minister? She should be in a class, being taught!:Pa Ikhide 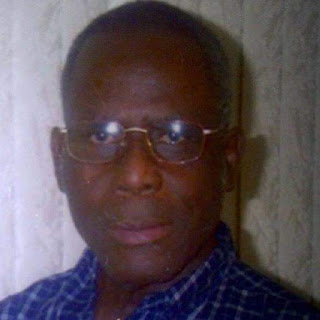 Read what Pa Ikhide wrote below.....

"In March 2015, the correct decision was to elect Buhari to replace a failed Jonathan administration whose profligacy threatened the very survival of the country."

"Unlike Fayose, Buhari/APC pivoted cleverly away from the populist promises they made during the last election and have gotten away so far with modulating or outright breaking several of these promises while embracing, however slowly and costly, a more pragmatic economic course."

Hmmm. From my often stated perspective, Goodluck Jonathan was unfit to be president of Nigeria, but Muhammadu Buhari is even more unfit to be president. Nigeria did not deserve these two bumbling characters. However, it was extreme poor judgment to have left Jonathan for Buhari. Those that sold the dummy to Nigerians knew how inept Buhari is but they were swayed by personal and ethnocentric (Southwest) considerations.

The power grab was just that - personal and ethnocentric. We are paying heavily for all that. Jonathan as a leader was inept but he had people around him who knew what they were doing. We counseled agitation for structures of accountability, we begged that we should not move from one latrine to the other and no one would listen.

The APC made fantastic promises that were just that - fantastic. The APC has failed to, not decided to, fulfill them. There is no ability, indeed no capacity  for strategic thinking on their part. Buhari and the APC have wrecked whatever semblance of structure and processes they met on the ground and the looting continues.

Who really believes we had a choice in the devaluation of the Naira? Instead of hiring seasoned professionals, Buhari has surrounded himself with his clansmen, shallow and poorly educated  social media overlords, clueless Diaspora PhD vuvuzelas and petty crooks. I mean, why is Amaechi a minister? He should be in jail! Why is Kemi Adeosun a minister? She should be in a classroom, being taught!

Let us not sugarcoat our circumstances, we are in a hot mess. Hopefully, we have all learned a lesson. You cannot run a country on bullshit.