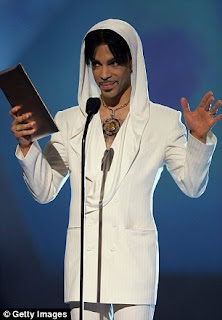 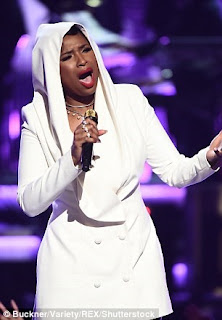 Hudson performed Prince's Purple Rain at the BET Awards Sunday, with the help of Stevie Wonder who was on the piano.  She performed the classic wearing a white cowl-neck tuxedo dress, which draped over her head. 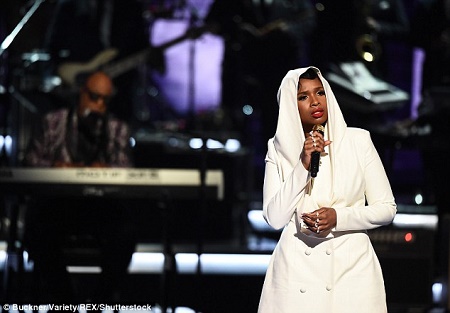 It was reminiscent of the classic outfit that Prince wore to the 2005 People's Choice Awards - an iconic look that has made it to numerous 'best Prince outfits' lists over the years. 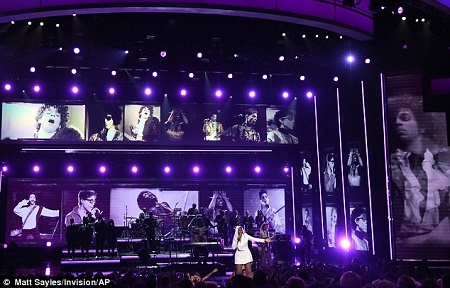 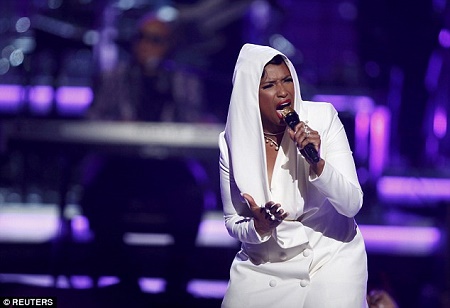 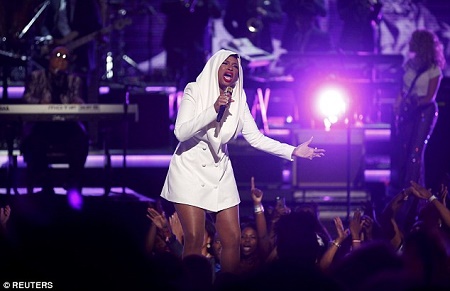 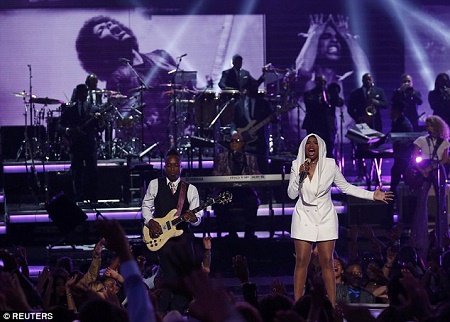 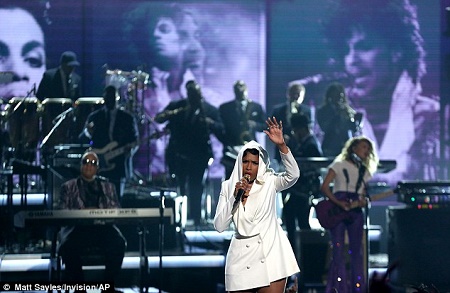 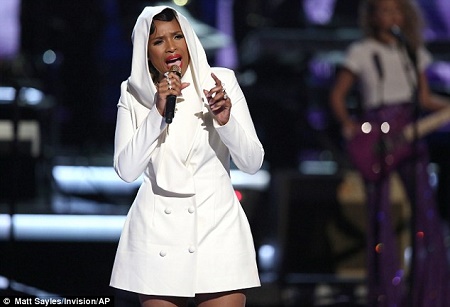 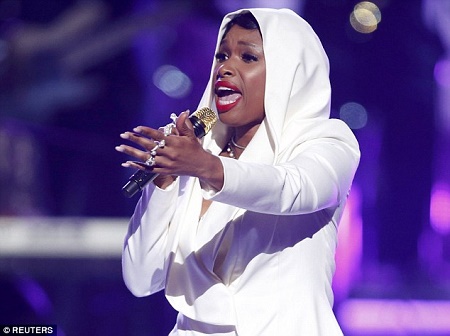 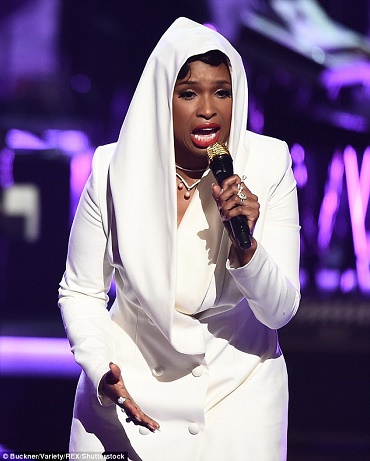