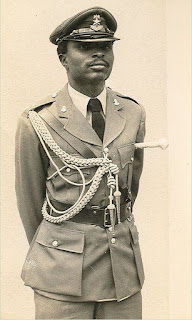 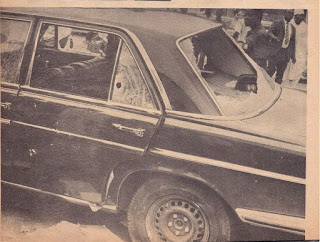 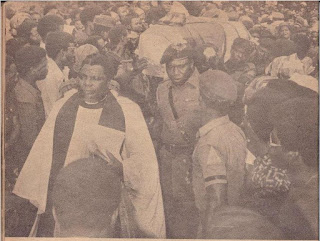 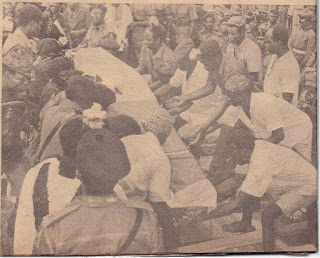 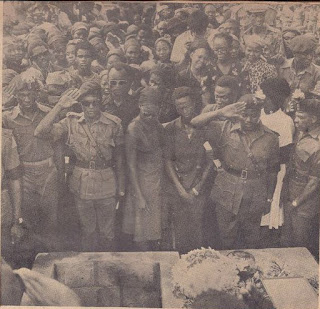 DEATH AND THE ASSASSINATION OF
MURTALA MUHAMMED

On a dark Friday, 13th of February of 1976, Akinsehinwa was with his boss when their motorcade was attacked by coup plotters.They were in a simple, black Mercedes Benz which had no bulletproof exterior. The head of state was killed in a shower of bullets immediately. Same with the driver of the car,Sergeant Adamu Michika and the Orderly Staff Sergeant Michael Otuwe was seriously injured
but later recovered. Akinsehinwa survived the first bullets, struggled and came out of the Benz limousine and returned fire at the attackers. But, he was overwhelmed and cut down in a fiery hail of gunshots. A postmortem examination showed six bullet wounds in his back. He was the very first ADC to die in duty while protecting a Nigerian head of state and the first of its kind in the world. He was 31.

Above are photos from the burial of the late
Akinsehinwa, the bullet-riddled car,taking of his  corpse from LUTH and his burial at the Ikoyi Burial
Ground.Soldiers were pictured paying their last respects to him.