Two Nigerian Policemen Fighting It Out In Port Harcourt(Photos) 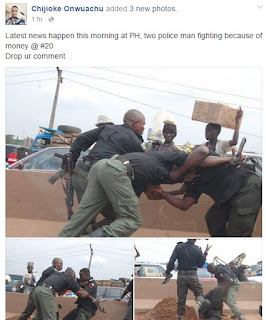 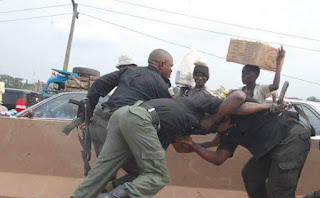 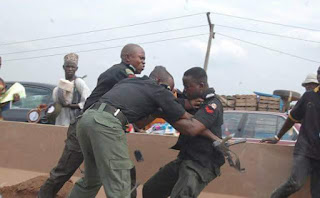 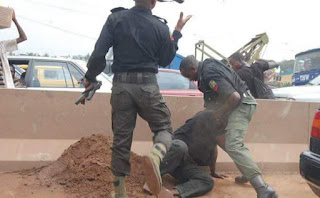 Have y'all seen this shameful image of two Nigerian policemen publicly fighting on road side? The cause of the fight isn't known but according to facebook user Chijioke Onwuachu, the fight was cause by differences of 20Naira.

What do you think?I still have doubt if the incident really happened in Port Harcourt as the Facebook user claimed.