It was a very bad news on Saturday, 26th May, 2017 as a commercial bus belonging to Globis Motors Limited ran into a Romchi Mass Transit Bus before crashing with a Nissan Sunny car along Awka – Ekwulobia road by St. Peter’s Junction, Agulu.

The men of the Agulu Central Vigilante who came about five minutes after the accident did wonderfully well by helping the bus driver to the hospital as well as controlling the traffic.

The owner and driver of the car (a medical doctor) however did not sustain any injury, but the driver of the Globis Motor Limited was heavily injured with one of his legs badly affected by the accident. But to the glory of God, all the passengers in the Globis bus came out unhurt. 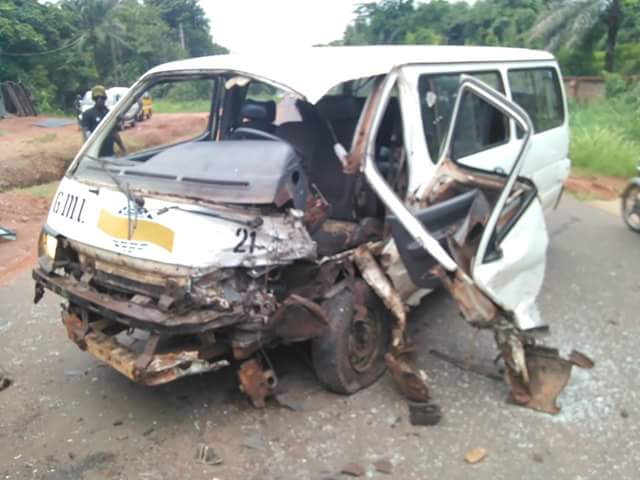 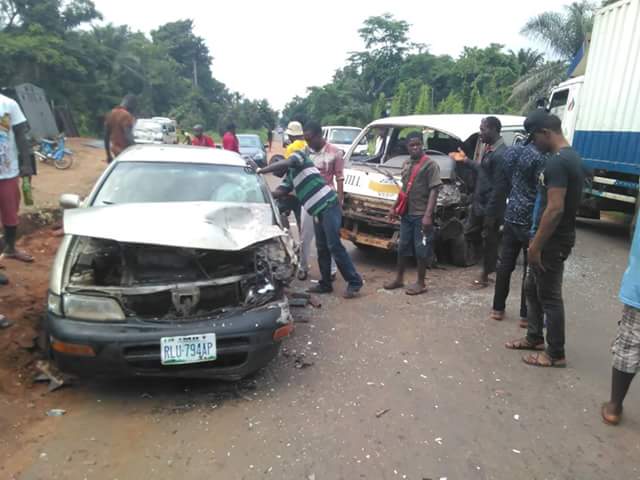 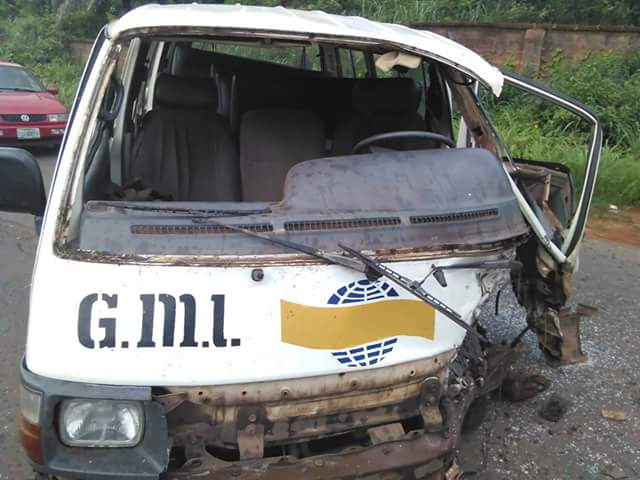 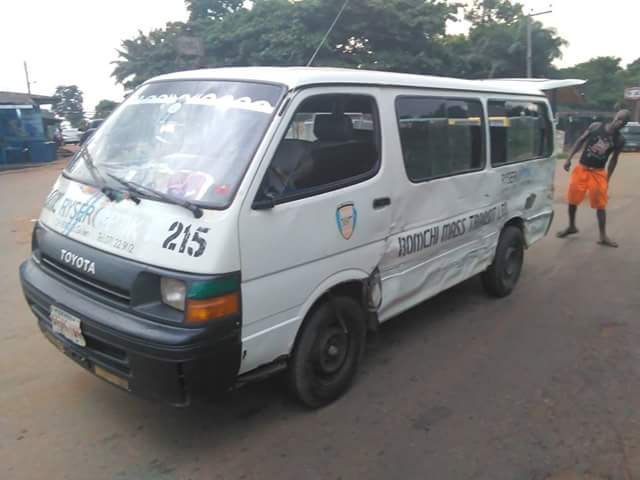 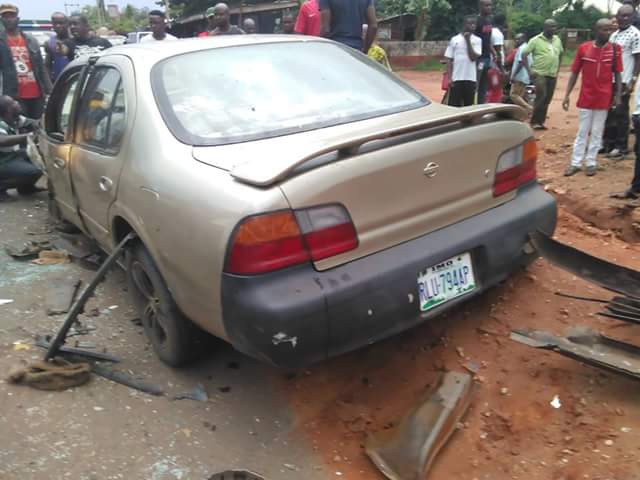 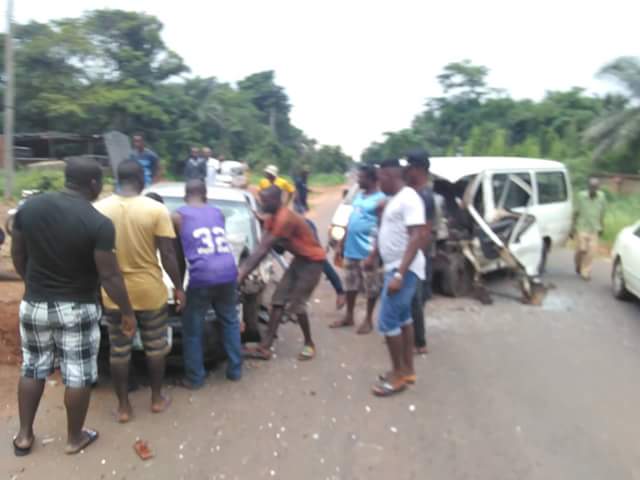