Asensio: Many clubs were interested in me and called me when I played for Mallorca but when Real Madrid became serious, I only wanted them. Zidane called me and told me he wanted me in his team last year. He proved That by starting me in the UEFA Super Cup. I scored in all my debut competitions with Real Madrid and that's forhistory. We deserved to reach the CL Final for what we did. My mother was Dutch and she chose my name. She named me Marco because of Marco van Basten. 12 years ago when I was with Mallorca, my mother and I saw Florentino and she told him, "Marco will be a future Real Madrid player. I was very nervous about Madrid's interest then Florentino called me and said,"Marco , calm down, you'll be a Real Madrid player" Before the game against Bayern, Morata told me that I have to be more selfish. I scored against Bayern and I lookedat him. Nadal called Florentino and told him he shouldn't let me go. My presentation at the Bernabéu was one of the happiest in my life. I had a tough time because when I was young I had growth problems. I remember after matches they'd have to help me walk. When I was young, my mother died,so every goal I score is for her. I had a poster of Zidane in my room, he's my idol since I was a kid. It is an honour to have him as my coach and follow his advice. 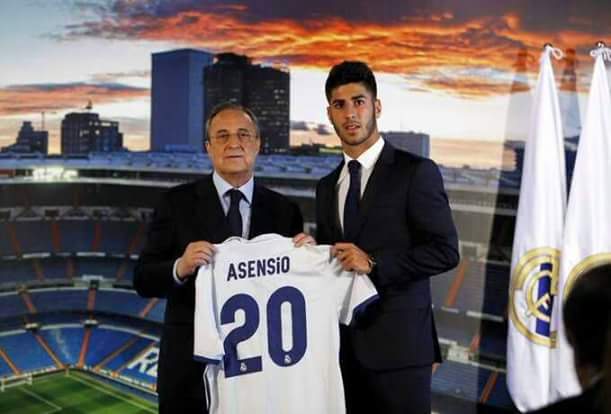