The Ekiti State Governor, Ayo Fayose, on Sunday in Jos, pledged to donate N2.5m yearly for the period of 10 years to the children of the first military administrator of the state, Lt. Col. Mohammed Bawa (retd.), who died in a private hospital in Jos last week.

He also said that the Ekiti State Governor’s Residence built by the late MILAD would be named after the deceased.

While describing the death of Bawa as shocking, he said it would remain a great loss to the people of the state, “who are appreciative of his pioneering role as the first MILAD in the state.”

Fayose made the promise when he paid a condolence visit to the residence of the family of Bawa located on Musa Bot Street, Rayfield, GRA in Jos.

The governor re-echoed his promise later in an interview with journalists, following the plea by a friend of the deceased, Maj. Chris Edoga (retd.), for assistance.

While responding on behalf of the family, Edoga appreciated Fayose and described the late Bawa as a true leader who accommodated everyone.

“Late Bawa left three children, one of them is schooling at the Nigerian Turkish Nile College in Kano, another one has just secured admission into the same school. Their mother died shortly after giving birth to them.

“The family will appreciate it if the Ekiti State Government would take up the responsibility of their education to the university level,” Edoga pleaded.

Fayose, who was accompanied by his Plateau State counterpart, Simon Lalong, described Bawa as “the pathfinder and father who went out of darkness to ensure that Ekiti becomes a great state out of darkness.”

Fayose said, “I have pledged N2.5m each year for the family, for the next 10 years. It will be properly documented and will be binding on the governments after me, because we are doing this for a leader that had served our people and he was the first governor, whether military or civilian. All we know is that he was our first governor, and the house he built as the Governor’s Residence will soon be named after him during his remembrance when his family visits Ekiti. That will show that Ekiti is another home for Bawa.

“Bawa came to Ekiti State at a time we needed a man like him for the take-off of the state and despite the odds he met on ground as the first military administrator of the state, he practically brought water out of stone to lay a solid foundation for Ekiti. It is an understatement to say he worked assiduously for the progress of our state. He did work tirelessly for our state and its take-off.

“The government of Ekiti State will stand by the family and do the needful, because late Bawa remains our pathfinder and benefactor. Before his demise, I used to talk with him and he gives advice especially when he reads from the newspapers about Ekiti State.” 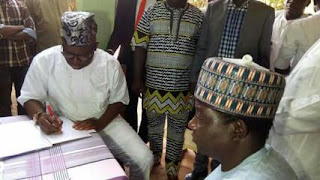 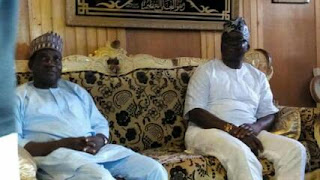