Apostle Chibuzor Chinyere while presenting the house to the family of Precious Ndubisi stated that the house gift was one of his gestures to improve the quality of education in OPM school.According to him,he wants students in the school to be very competitive among themselves stating that through such the creativity of the students would be unravelled. He also promised to furnish the house for Ndubuisi's family.

Below is a photo of the building,the General Overseer of OPM Apostle Chibuzor Chinyere(m) posing with Ndubuisi's family after handing over the documents of the house to them 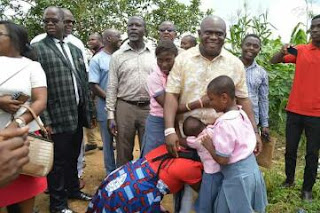 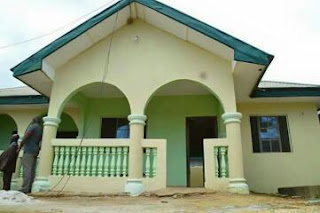